The Bahrein Grand Prix takes place this Sunday, in the Sakhir desert, which only started hosting Formula One races in 2004, long after Ayrton Senna’s time. The three-time F1 world champion did step into the desert a few times, but in the US – more precisely in the state of Arizona. 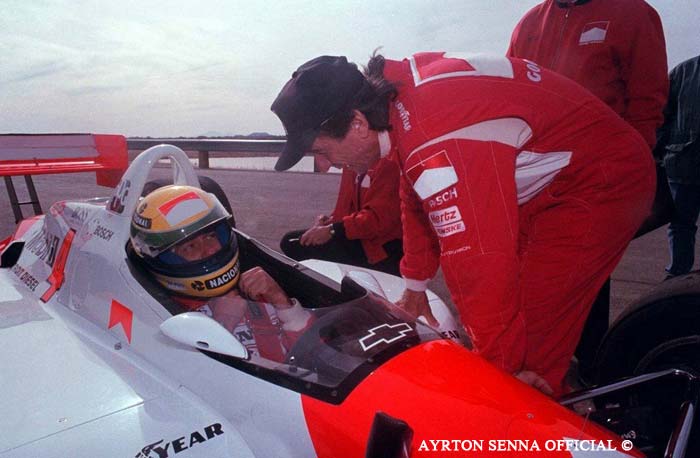 Ayrton was there for the first time in 1989, when the Brazilian raced in the urban circuit of Phoenix, the state’s capitol, located close to the desert.

Ayrton scored the pole position with an advantage of 1s409 over his rival, Alain Prost. And, to boot, he broke the previous record for most pole positions (33), held by Jim Clark, his F1 idol.

Senna’s first victory on the streets of Phoenix would only come in the following year, 1990. Ayrton started in 5th place and won the race, as he would again in 1991 – only, this time, leading from start to finish.

In 1992, Senna was invited by team Penske’s Emerson Fittipaldi to test an Indy racecar at the Firebird Raceway, literally on the edge of the desert.

Still unsigned for the 1993 F1 season, Ayrton took the chance to drive a turbo-powered racecar once again, the Penseke PC21 with a Chevrolet engine. And the experience brought back another good memory: the feeling of driving with a manual transmission, since, in 1992, McLaren started using a semi-automatic gearbox in its cars.

Ayrton enjoyed the test session alongside Emerson Fittipaldi, and especially delighted in posting a better time than his friend. According to unofficial time measurements, Fittipaldi’s did his best lap (out of two) in 49s70, while Senna was a little quicker: 49s09. In the following year, Emerson would win the Indianapolis 500, while Senna would stay with McLaren, driving F1 racecars.