Suzuka was becoming the most exciting circuit in a Grand Prix season – a place where champions were decided and championships created or destroyed. 1989 was something like that. Ayrton Senna was defending his title, desperate to win at Honda’s home track, while Alain Prost was determined to take his 3rd world champion crown. It boiled down to race day where Senna was at pole – the 41st pole of his career. Prost was second on the grid, with Gerhard Berger and Nigel Mansell (both driving Ferraris) at 3rd and 4th. 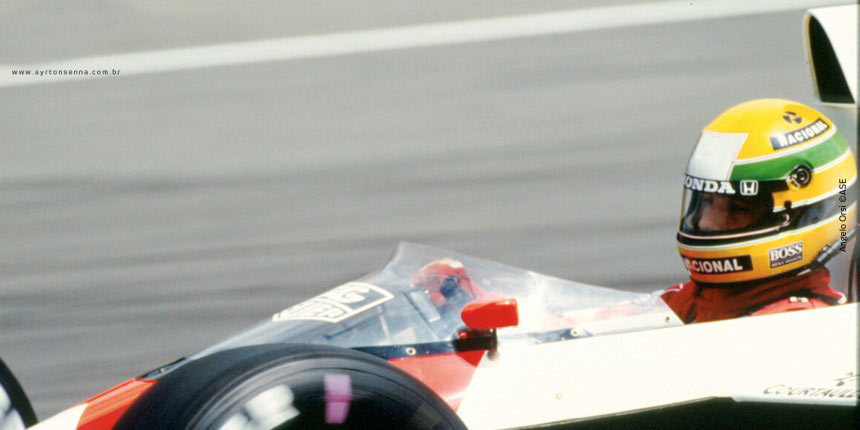 Things changed after the pitstops. Senna on fresh tyres, gained over Prost, keeping him in his sights. Behind him, Berger had retired, pitting with technical issues. By lap 42, the distance between the two had reduced to 0.418s. Mansell meanwhile had a smoking Ferrari to deal with and finally pulled over to one side, with barely nine laps to go. Senna meanwhile was waiting for the right moment and attacked, at the corner after 130R. It was tight spot. Prost spotted Senna diving in, and blocked, refusing to give way. The two stalwarts, stubborn to the very end, collided, wheels locking and engines stalling, and stopped at the entrance to the partially blocked chicane escape road.

Prost got out. But Senna gestured at the marshals asking them to push start him. The car started and Senna made it back out on to the circuit via the escape road. He pitted with barely five laps to go, for a nose cone change before going back out for a win. Prost walked back to the pits. There would be trouble, Murray Walker and James Hunt, the BBC commentators said. There would politics and trouble. Would Senna be disqualified? Or was his maneuver, the one where he joined back the race via the escape road, legal? The questions were forgotten temporarily, as Senna passed Nannini in an expert stroke, at that exact same place, going on to win the race.

Adelaide, the last race of the season, came up on the racers. It was here that Senna said to the media

“…What happened in Suzuka was unfair, unrealistic and took place because the people who had the power decided to do so. Afterwards you wonder why you should do this on and on when you’re not being fairly treated. But racing is in blood and I know that the situation we face only motivates me deep inside to fight against it and prove what I’m doing has values. I will do here (Australia) exactly the same I’ve done all my life and drive the way I feel is right. If I have my licence taken away then probably the values that keep me going in Formula One will go with it, and I will not be in Formula One any more. But I refuse to walk away from a fight. That is my nature. I will fight to the end whatever happens, whatever the cost so that for once we can bring justice to our sport…I am a professional, but I am also a human being, and the values I have in my life are stronger than many other people’s desires to influence, or destroy those values.”