Ayrton Senna tested for Williams, McLaren and Toleman, before settling on the latter to make his Grand Prix debut in Rio de Janeiro, Brazil. The first test for Williams is the one that people still talk about, however, as Senna immediately demonstrated that incredible combination of utter self-belief and sizzling speed that would later make him a three-time world champion.

Donington Park, Tuesday July 19th 1983 was a momentous day in the life of 23-year-old Ayrton Senna da Silva. The Brazilian was blitzing the British Formula 3 Championship field in his West Surrey Racing Ralt-Toyota – indeed he had won 10 of the first 13 races in the F1 feeder formula up to that point, including the first nine in a row. This was a star in the making. 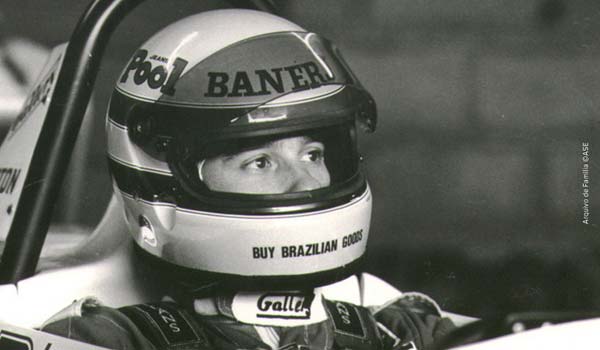 That day, however, would be his biggest challenge: his first run in a contemporary grand prix car. The venue was Donington Park, a circuit he knew well from his junior single-seater exploits in the UK, and the car was the Williams-Cosworth FW08 in which reigning world champion Keke Rosberg had won the Monaco Grand Prix a few months before. Senna went on to complete 83 laps of the 1.9-mile circuit with a best time of 1m00.82s – a time that compared favourably with F1 benchmarks and on that had clearly satisfied Senna.

“It was everything I could have wanted,” he told the watching media hordes afterwards. “I learned a lot, got some consistent laps in and benefitted from having Frank Williams there to watch over everything.” The team chief played down the significance of Senna’s appearance.

“Ayrton came to see me quite a while ago and said, ‘look, all sorts of people want me to sign for the next 10 years’,” Frank admitted. “I told him that we don’t really take on young and inexperienced drivers but if ever you’d like to drive the car, it would be a pleasure to let you have the car just to get a feel for it. You then might be better equipped to make your own decision about the future when you’re ready.”

Prophetic advice, it turned out. How bitterly ironic, then, that 11 years later Senna, a three-time world champion and 41-time GP winner with Lotus and McLaren, would end his career and, hauntingly, his life with the same team that had helped him on to the ladder.