Formula 1 faced up to the possibility last night that Ayrton Senna may have been to blame for the crash which cost him his life in the San Marino Grand Prix.

As Italian prosecutors informed the managing director of the company that runs the Imola circuit that he was under investigation on suspicion of culpable homicide, reports of an interview given by Patrick Head, technical director of Senna’s team, Williams-Renault, indicated the Brazilian could have made a fatal error. According to publications across Europe and in Brazil, Head told his interviewer: ‘Ayrton Senna made a mistake. We have checked the telemetry. He slightly lifted his foot just at that dip in the place where the tarmac changes. That caused a loss of grip from the car.’ 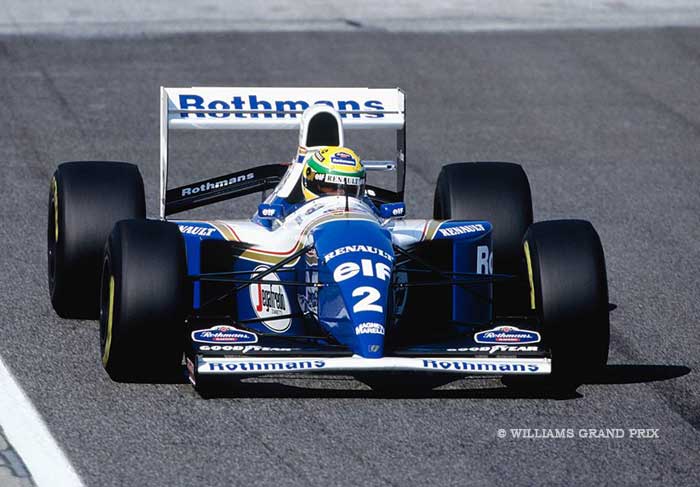 The interview is said to have taken place in the immediate aftermath of the tragedy and a spokesman for Williams insisted last night that Head never directly said Senna made a mistake. He had merely maintained that as far as he was concerned there had been no car failure. Today the sport’s governing body, FIA, will hold an emergency inquiry into the accidents that killed Senna and Roland Ratzenberger. Max Mosley, president of FIA, said: “Patrick Head said that on the spur of the moment after he had spoken to Michael Schumacher, who had seen the car stepping out at the time.”

Schumacher, who was immediately behind Senna when his car left the road and hit the wall at 190mph, and went on to win the race, said Senna’s car ‘looked nervous’ and that he had almost gone off on the previous lap. As the debate raged across the world, Gerhard Berger, Senna’s former team-mate, confided in friends that he was considering quitting. He plans to make an announcement today.

The 34-year-old Austrian, currently driving for Ferrari, said he ‘felt sick’ after Ratzenberger’s crash and pulled his car out of the race shortly after Senna’s accident. He survived an inferno at the fated Tamburello curve five years ago to drive on but it seems even a multi-million-pound contract may not keep him on the track any longer.

The move against the managing director of the Bologna-based company Sagis is in line with Italian legal procedure and melodrama. Suspects in any inquiry must be informed that they are under investigation so they may appoint lawyers. It does not mean that charges will automatically follow. The Italian news agency ANSA said other notices of investigation were expected to follow against other Imola officials and lawyers for the Williams and Simtek teams, the crash helmet manufacturer Bell and the race director Roland Bruynseraede, of Belgium. Williams said yesterday they will make no decision before Monday on any replacement driver for the Monaco Grand Prix the following Sunday.

Yesterday Senna’s body was released after an autopsy and flown to Paris to connect with an overnight flight to Sao Paulo. It will be taken in an open-topped car through the streets and lie in state at the legislative assembly until tomorrow’s funeral. Frank Williams will represent the Williams team at the funeral, and Senna’s former boss Ron Dennis, and his team-mate, Damon Hill, will also attend. The 33-year-old Englishman said: ‘For all his concerns about safety Ayrton never played safe in the cockpit. He performed at 100 per cent all the time and for that he commanded admiration from every driver.’