Jo always kept the balance between the two sides of the garage, cracking jokes in both corners. When relations between Ayrton and I deteriorated Jo remained completely impartial, never taking sides, even though he was close to Ayrton as they could speak – and swear – in the same language. He tried very hard to heal the rift between us.” 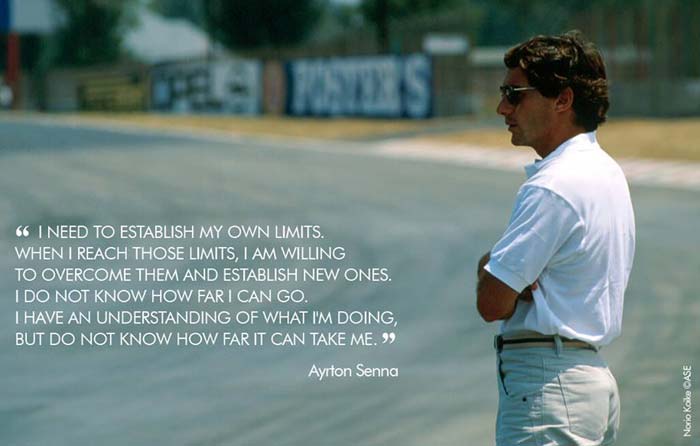 You will have guessed that this is Alain Prost talking about Jo Ramirez, the McLaren F1 team co-ordinator during those turbulent seasons. For many years after Senna’s death Jo felt unable to talk about the man he knew. The subject was just too raw, he had lost a friend, his world had been turned upside down.

“I have every book about Ayrton, a shelf full of them, but I’ve never opened them,” he tells me. “Maybe one day I’ll read them.”

Now, with the release of an acclaimed documentary about the great Brazilian, Jo feels the time has come to celebrate the life of Senna. So to London he came, from his home in Spain, to talk to readers of this magazine after a private screening of the film.

“Was amazing,” he says afterwards, “so many people wanted to know more about Ayrton and it was a nice evening with Motor Sport, meeting all those people. But, you know, the film is not very good for Prost, which is sad because he was not the villain. And there is nothing with Adriane – I have no doubt that Ayrton would have married her, though it was difficult with his family.”

Something that always fascinated me about Senna was his religion, his absolute belief that God was with him.

“Yes, he was very serious about this,” says Jo. “Before a race he would sit alone in the motorhome, reading verses from the Bible, deep in thought inside himself, not wanting to speak to anybody, and saying his prayers. It was the same in the car before the start and he would say, sometimes, that he was in touch with God.”

There were lighter moments of course, two of which Senna’s mechanics will remember with a smile.

“Once, on race day, his sister Viviane came to his car with some holy water,” says Jo, “and she went round the car sprinkling drops on the engine, the gearbox and in the cockpit. The mechanics were a bit startled by this. They said ‘Hey Jo, don’t let her come near the car with that bloody water again!’ Another time, at Suzuka after Ayrton’s fight with Irvine, they put boxing gloves on his steering wheel instead of his driving gloves, and that made him smile. People say McLaren was cold, regimental, but Ayrton was very relaxed with the mechanics.”

Jo is often asked if the tension between Hamilton and Alonso at McLaren in 2007 was similar to the animosity between Senna and Prost. “Are you joking?” he smiles. “That was kids stuff, nothing compared to how it was with Alain and Ayrton in their last season together. You have to understand, Ayrton was obsessed, desperate to win, and he was aggressive, shouting and banging the table in debriefs. But you have to be like that to win three championships. He was a racer, not a politician, he just wanted hard but pure racing, and to win. He would have hated Formula 1 today, all the politics and gizmos. He would have walked away from all that.”

At home Jo has an extraordinary collection of memorabilia from his 45 years in Grand Prix racing. There are three Senna helmets, his race suits, his FIA licences, some of his trophies and steering wheels.

“Last year I raced the Carrera Panamericana in his race boots. People wanted to touch them! I am taller than him but, like every good Mexican, I have small feet and Ayrton’s boots fit perfectly.”

Finally, the question has to be asked. Why did Senna die? Did he make a mistake on that dreadful day at Imola in May, 1994? Jo’s response is instant and firm.

“Tamburello was easy flat, not really a corner. Don’t tell me the greatest racing driver in the world made a mistake there. I don’t believe it, and whatever anyone says, I will never believe that is what happened to Ayrton.”