Ayrton had a great pedigree in karts but this was his first year with cars. I only started racing when I was 24 and by this point I had been competing for about six seasons. It was an amazing year, with some great battles: Van Diemen was fielding three cars for Senna, Alfonso Toledano and Enrique Mansilla, and I was with Royale. 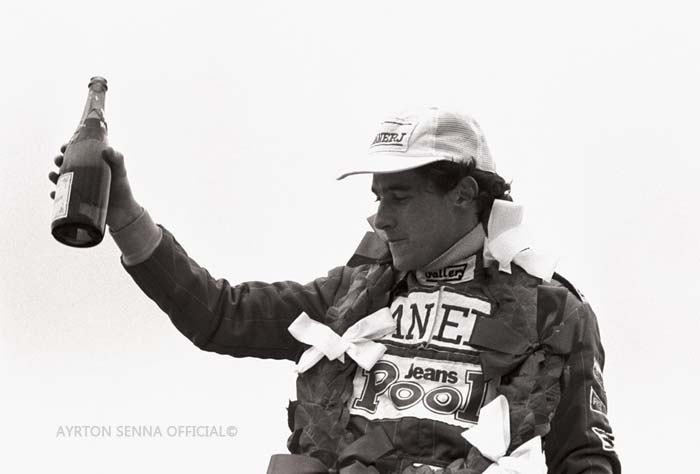 I found that I had the edge on fast corners and lost out in the slow stuff. I also had trouble getting the car off the line. At the start the Van Diemens disappeared: I must have been about 200 yards back by the first corner, with Ayrton leading the way. I then spent most of the race clawing back the deficit.

I think it must have been the penultimate lap when I made a challenge on Ayrton. He moved over and put me on the grass. Then a lap later, approaching the Woodcote Chicane, I went for the inside and Senna blocked so I went around him on the outside, bumping over the kerbs, and then chopped across his nose. He raised his fist at me and was fuming afterwards although we later became quite good friends.

I’ve raced against 20 drivers who made it to F1 and he was the best by far. I keep a painting of this race by Andy Kitson as a reminder of our battles.