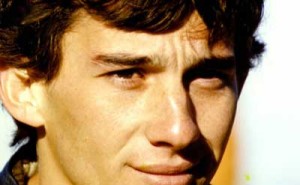 Manish Pandey on the deep faith of Ayrton Senna, the daredevil racing driver who died 21 years ago.

I knew him, as most people who follow Formula One did, mainly from the television. Murray Walker and James Hunt were my guides into this glamorous world which seemed to touch down, at some exotic place on an atlas, every two weeks. In addition to the spoken word, I would love to read about Formula One. So my understanding of the man also came from the periodicals around motor-racing – Autosport, Grand Prix International and Motor-Sport magazines. Both types of media hinted at the personalities behind the sport but television coverage tended to be just 10 minutes longer than the races themselves and the magazines were more focused on engines and suspension than the “lifestyle” obsession which seems to pervade our media today.

All that changed for me when Murray Walker talked about the 1985 season that was about to begin in a short BBC special. I remember him saying that if there was a driver who could become world champion in his first season in a competitive car it was Ayrton Senna. Murray’s words voiced-over a short sequence of Ayrton by his iconic black-and-gold Lotus car. He seemed so intense and otherworldly in that two-minute sequence that I was hooked. Here was someone whom I knew was special, though it was impossible at the time to explain why.

Senna was an exceptional motor-racing driver. That was clear from the beginning. His obsessive pursuit of “perfection” on the track, with countless hours spent refining every aspect of his craft, had people whispering that here was the kind of driver that comes around once in a generation: a future multiple world champion. And, of course, all of that was to be borne out in the years that followed.

Then, in 1988, all the images that I had seen and articles that I had read about him suddenly came together in one word: faith. That faith first revealed itself through failure, not success. No one could touch him at Monaco, where he was in the best car, driving at his fearless peak. He out-qualified his double world champion team-mate by almost 1.5 seconds and pulled away into an unassailable lead in the race. But just as he had the race won, so he failed. He made a novice’s error and clipped a barrier, which threw him into Armco and ended his race. It was a momentary lapse in concentration – a moment when he allowed the timing screens and radio messages to invade his inner self. It was a moment of human frailty in a man with the concentration of a monk.

But his response was sublime. Rather than retreating into the defence of the classic sportsman – “I did nothing wrong”, “There’s always the next race” or “Something was wrong with my car” – he admitted his mistake. He conceded that he had lost concentration, in a moment of weakness, that he was human. This was the catalyst which took his Catholic upbringing and the Sunday prayers of his childhood and put them at the forefront of his life. He made his faith in God a central part of his racing. The press were as cynical then as now. Ayrton, for many reasons, had been the bête-noir of British journalists.

Now his faith made him an easy target and the butt of many jokes. What hurt him most was stinging criticism that, because he believed in God, it made him somehow invulnerable or immortal. He soon found that the best policy, at least with the English media, was to say nothing about God. But he did open up to the Latin press and explained that his job as a racing driver was to evaluate rationally every aspect of his chosen profession, maximising all the talent that he was given, and to try to win in every circumstance. This, of course, meant taking a car to the edge, right to the limits of its mighty performance: a place where very few drivers have ever been. He had to do this, lap after lap, for race after race and season after season.

To do that, contrary to popular belief, Ayrton needed an incredible inner calm. This inner peace made the world, for him, a place of almost slow motion. He could drive, think, speak and calculate simultaneously. When these facets of his art worked in synchrony what he did was beautiful and breathtaking – and he was invulnerable.

Ayrton’s goal, it seemed, was always to beat himself on some perfect track in his mind. If he could do it, he experienced a kind of nirvana – and if he couldn’t, he set out to try again. Victory and failure in themselves were momentary. It was finding perfection in the process that he craved.

For me, this was such a beautiful example of how best to live life. Each day, each event – good or bad – passes. But the experience has to be appreciated and learned from. Through this, we can all find a kind of perfection in this life.

I would have so loved to have seen what Ayrton did after motor-racing. A life in commerce, in politics, in sport – who knows? But that is, perhaps, to miss the point of the example of his brief life. We have our time, however long or short it may be, and we leave something of ourselves behind, whether we are the most humble or the most exalted. That a sportsman could touch us, not just with what he did on track, but through who he was as a man, speaks for the eternal values of humanity and spirituality that we all share.