21 years ago, news still took a bit of time to spread across the world. The internet was in its infancy, and niceties like Twitter and my iPhone were still a long, long way off. So, halfway around the world from Imola in Bowen, the eight-year-old William Dale didn’t hear the awful news until the morning of May 2, when I woke up to the headlines of Channel 9’s old Daybreak news show. It was the lead story. 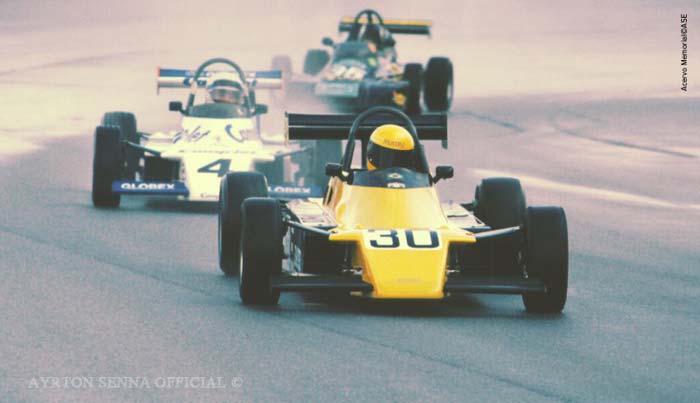 Ayrton Senna, my hero, was dead.

I remember watching about five seconds of the story, irrationally blurting out to my mum, “I thought that would happen,” before bursting into tears and crying my eyes out for several hours. I don’t really remember stopping. I had a lucky childhood; all my family were happy and healthy then. I was fortunate to have never experienced losing anyone or anything I loved before. I don’t even know how I comprehended what death actually meant.

I just knew that finding out Senna was dead hurt. It hurt a lot, like nothing before. I’d never met him, and never would, but he played a massive part in my childhood. At my parents home still sits a rack, ceiling to floor tall, full of VHS tapes of old motor racing. Most of them feature F1 races where Senna was the star.

Other kids had comics or action figures; I had those tapes and my toy cars. They were my tales of exciting adventures, of a superhero in a red suit and a yellow helmet who would come through and win the day. The time he held off Mansell’s Williams to win at Monaco. That incredible drive at Donington. The times he saw off the evil Frenchman (I like and respect you now Alain, honest!). Usually I’d tape the races and watch them the next day after school, carefully avoiding all the news bulletins.

May 2, 1994 was a school holiday, so my awesome mum and dad let me watch the San Marino Grand Prix from the comfort of their bed late on Sunday night. We watched the violent start line crash, the safety car laps that followed, and the restart. Then we watched my hero, now wearing a strange blue and white suit, fly off the track and into the wall. Murray Walker’s grave tones suggested things were quite bad — I’d never heard him talk like that before. But I remembered that Ayrton’s good mate Gerhard Berger had survived a similar but fiery crash there a few years before.

And anyway, drivers don’t die in Formula 1 anymore, right? That’s something that only happened in the past. Cars were too safe, too strong now to let anything really bad happen. But then again, poor Roland Ratzenberger … But no, this is Senna we’re talking about. Nothing bad could happen to him, surely? Not him, he was the best. Superheroes always live to fight another day, right? They don’t die.

I managed to stay awake for the restart, where Berger took off into the lead, but was in dreamland well before Michael Schumacher took the chequered flag. Then I woke up. My superhero had died. It’s something that, thankfully, fans of other sports very rarely have to deal with the sudden death of a favourite player, and certainly not on the field of play. I’m not sure it’s something fans of other sports can truly understand. I wouldn’t wish it upon anyone.

It’s a truth that virtually all fans of motorsport will eventually learn. Senna’s death, along with Ratzenberger’s, then poor Don Watson’s at Bathurst later that year, was my lesson on the high price my heroes could pay in the line of duty. I didn’t watch a lot of racing for a while. A scan back through the cabinet at mum and dad’s shows very few tapes from 1994. But slowly I got back into it, especially when Damon Hill won in Spain and Nigel Mansell came in to take over Senna’s old car — dad’s British so we always cheered for his countrymen. But it wasn’t quite the same.

I still carried that soft spot for Senna. Later on I came across books — thank you, Hickmott’s newsagency — on Senna that were read cover to cover on an endless loop. I also bought the ‘Senna S’ T-shirt to call my own — I’ve had it 15 years now, it’s seriously tatty but I’m never getting rid of it — and one of those blue ‘Nacional’ hats of his. I was once on a family holiday in Airlie Beach and there was a massive piece of wall art dedicated to Senna. I burst into tears; mum and dad made sure I got a photo in front of it. Watching Manish Pandey and Asif Kapadia’s amazing feature film Senna — I flew from Townsville to Cairns to see it — was a teary experience. Reading all the Senna stories this week and writing a couple of my own have been tough going. Sorting through pictures, even harder.

It keeps reminding me of the day that I woke up and he was gone, never to return, and how much I missed his presence. Even if it was only on the tele every other Sunday night. I can’t imagine what it must be like for the people who actually knew him, the people whose lives he touched in his too-short 34 years on this Earth. My heart goes out to them today.

I still have soft spots for different teams, and I love it when Aussies go well anywhere (get in there Daniel Ricciardo!), but I don’t have any heroes in motorsport anymore.

I still only have one hero, and his name is Ayrton Senna.