It’s often said by people of a certain era that they remember exactly where they were when they heard that JFK had been assassinated. I missed that historic moment because I was five years away from entering this world. The 11th September 2001 was this generations ‘JFK’ moment and the terrorist attacks on the World Trade Centre left indelible memories on witnesses the world over.

I myself was in a house in Stanmore, London, setting up a VPN for a customer and was called by a friend to watch TV. I watched a tower burning as a plane came into view and I watched live as the second tower was hit. No doubt people all over the world will come to say they also remember where they were… 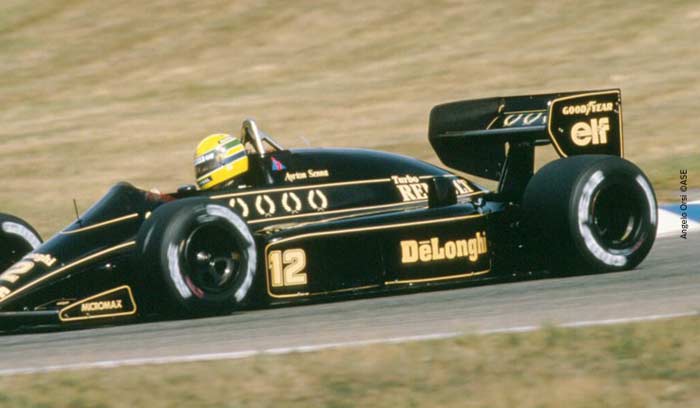 I could write all the happenings of the dark weekend or write about different legacies and views on Ayrton Senna. It would be easy to find different information which explains the minutiae of the accident but we all have the ability to type it into search engines or read it here. I have written a number of On This Day articles and historic features – and enjoyed the research and re-learning of history immensely but for a few months I have been at odds on how to proceed with this anniversary.

It goes beyond facts and figures – it’s an unwelcome re-immersion into a state of being that goes beyond mere words. It’s like recollecting buried emotions similar to a death of a family member and there is no other way but head-on. Ultimately this was always going to have to be personal.

On 1st May 1994, I was sitting alone at my fiancee’s house whilst she and her parents had gone to a local nursery for plants for the garden. I remember the safety car pulling in and Senna flying on his first lap through. The seventh lap I watched as his car speared off the racing line as viewed from the camera on Schumacher’s Benetton.

I held my breath as accidents here were never small casual events. Gerhard Berger’s Ferrari had shockingly erupted in flames merely five years before but his injuries were light. Nelson Piquet and MIchele Alboreto had had sizeable accidents here too but as the camera angle changed and I watched the remains of the car grind to a halt a feeling swept through me that this was the weekend’s final act playing out in this tragic living opera.

Through tear strained eyes I saw that famous yellow helmet twitch and disbelievingly I prayed that the commentator’s words of it being a good sign manifested themselves into reality. Something inside suggested things would never be the same again. Senna came into my life during a F3 race in 1983, I was fourteen years old and a victim to bullying at school. He became my hero and I followed his progression avidly from then on. In 1984 he entered Formula One and I hoped that he would one day join Ferrari. Another hero came into my life around this time, another introspective, mysterious genius called Prince – therapy would probably explain my admiration of people on the fringes.

I followed Senna passionately – saw him both race and test in England and Italy throughout his career and saw his high wire act redefine what was possible on the edge of adhesion. There was something organic about his wet-weather prowess and his speed on qualifying tyres defied physics. Treated as an exile by the British media made me respect his ambition even more so. I also lived through the Mclaren period watching my hero driving for the ‘enemy’ and rejoiced when he finally left the team to join Williams. Sitting in front of the TV that day, I wept – beyond the ascent of the helicopter and on into the afternoon.

My father, an unsung hero, had passed away a few months before and he had been taken back to Italy. It had been the first time that I ever experienced loss. That evening, in my diary, I wrote one line. “Ayrton Senna died today. I’m all alone now.”

Senna was described as arrogant, enigmatic, mysterious, introspective – in fact, in literature he would be described as the perfect embodiment of a Byronic hero – tortured, brooding, dark and a dangerous anti-hero. And yet all these masks concealed a heart of true virtue. In later years I celebrated Schumacher being part of the Ferrari squad as he was the stand out driver of his generation, but he raced with his head – Senna raced with his heart and I feel truly blessed that I had the privilege of watching him.

He showed us the world we live in isn’t black and white or even grey, it’s the most exquisite colour palette imaginable and it’s accessible to all of us.