In 2009 Ayrton Senna has been voted the greatest Formula 1 driver of all time by a unique poll of 217 of his fellow world championship drivers conducted by AUTOSPORT magazine.

Senna beat Michael Schumacher and Juan Manuel Fangio to top spot in the unique poll, which is the most comprehensive survey of F1 drivers ever conducted. 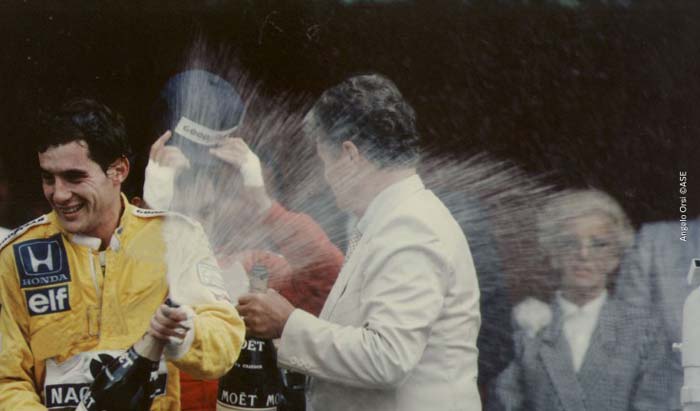 Among the voters were Michael Schumacher, statistically the most successful F1 driver in history, Jose Froilan Gonzalez, the earliest surviving grand prix winner, Paul Pietsch, at 98 the oldest living driver, reigning world champion Jenson Button and much of the current F1 grid.

AUTOSPORT asked each voter to submit their top 10 ‘greatest’ F1 drivers, and left the definition of ‘greatest’ open to interpretation.

“This is an amazing poll that has never been tried before,” said AUTOSPORT editor Andrew van de Burgt. “Obviously, it has thrown up some interesting and unexpected results, but you can’t argue with how the top 10 has worked out, or the integrity of the poll.”