McLaren-Honda dominated Grand Prix racing in 1988 on a scale that had not been seen since Alberto Ascari’s days with Ferrari. The team now included Ayrton Senna and Alain Prost, two of the greatest ever drivers, and they were soon embroiled in an epic battle for the World Championship that would not be decided until October. Senna came back to score a brilliant victory after stalling at the start of the Japanese GP to clinch the title. 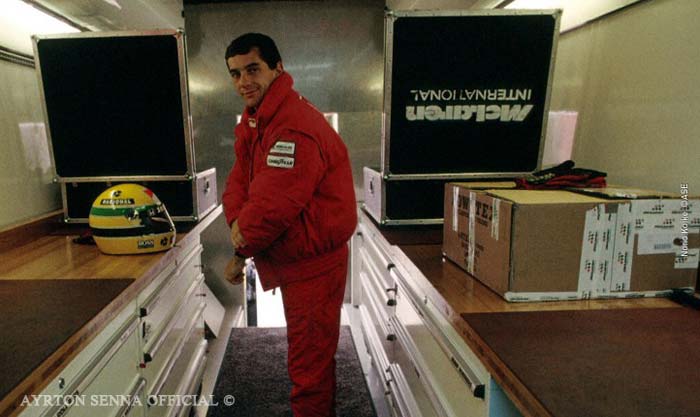 Together its drivers won all-but one Grand Prix, and McLaren only lost at Monza after Senna crashed with Williams’s Jean-Louis Schlesser while lapping him two laps from the flag. The Brazilian’s misfortune handed victory to the turbocharged Ferraris of Gerhard Berger and Michele Alboreto in the first Italian GP since the death of Enzo Ferrari in August. However, that was small consolation for the pre-season favourites who had been so comprehensively beaten by McLaren all year long.

1988 was the final year for turbochargers in F1, with the total reintroduction of normally aspirated engines scheduled for the following season. While other manufacturers concentrated on developing power for the future, Honda continued to improve their current unit and the low-line McLaren MP4/4-Honda proved to be all-conquering.

Elsewhere, Nelson Piquet moved to Lotus-Honda with disappointing results – unable to finish higher than third. Honda’s decision to supply McLaren and Lotus’s acceptance of Satoru Nakajima as number two driver resulted in Williams losing its engine supply. Instead the team used normally aspirated Judd engines while looking for a new long-term technical partner. Nigel Mansell’s impressive displays at a wet Silverstone and at Jerez were rewarded with second-place finishes, but he decided to join Ferrari for 1989, in search of an elusive world title.

Apart from Mansell, there were a number of other teams and drivers making their mark in the normally aspirated ranks. Alessandro Nannini joined Thierry Boutsen at Benetton and both drivers were consistent points scorers, with five podium finishes giving Boutsen fourth place in the championship. Ivan Capelli also impressed in the nimble Leyton House March – finishing second in Portugal and briefly leading in Japan.