So that’s lunch-time and most of the afternoon ruined then. Earlier, just as I started unwrapping my sandwiches, Autocar’s editor-in-chief Steve Cropley – knowing my fondness for motor racing – deposited a Formula 1 themed book onto my desk. 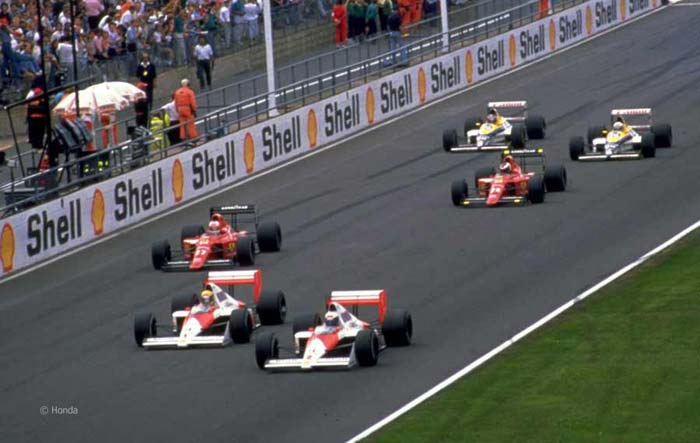 The book is entitled ‘Ayrton Senna: All His Races’ and written by long-time Formula 1 scribe Tony Dodgins, with a foreword by Martin Brundle, Senna’s great rival in Formula Three. As the title of the book suggests, it charts every race the Brazilian contested, from his formative exploits in karting through to that fateful Formula 1 race at Imola in 1994.

This means that although I’m supposed to be writing a review of the Vauxhall Cascada I drove at the weekend, I’m instead reminiscing about Senna’s victory in the 1987 Monaco Grand Prix for Lotus. Fans of any sport, hobby or pastime usually remember the moment their passion took hold. Dodgins’ book reminds me that I first became fascinated with F1 at the beginning of the 1986 season, when Senna, Nigel Mansell, Nelson Piquet and Alain Prost battled for supremacy and Lotus, McLaren and Williams claimed the lion’s share of the victories.

The mid-1980s were a time of awakening for Formula 1. Television coverage was improving courtesy of the BBC, although the races were still mainly broadcast on late-night highlights shows on BBC2. I remember following more than one race ‘live’ via constantly pressing ‘refresh’ on Ceefax page 361, which was showing the top-six positions, and I also dimly recall willing the 3.10 from Kempton to swiftly end so that Sunday Grandstand would return to Zeltweg, Hockenheim or Paul Ricard for the conclusion of that week’s race.

Reading this new book is interesting because for many years I wasn’t a huge fan of Senna. His raging battles with Mansell polarised my view in favour of the Briton. It wasn’t until 1993, when Senna drove the wheels off his less-favoured McLaren-Ford, that I began to appreciate the true depths to his mastery. This book does more than mechanically list the facts; it fills in the blanks, unearthing the stories behind the goings-on, augmented by memories from those who were present at the time. I can see it absorbing a few more lunch times this week.