Ayrton Senna is one of the top F1 drivers, perhaps the greatest of all time, and few will wish to deny him the 1990 World Championship; the pity is that it went out with a bang, of the unwanted kind, all too soon, at Suzuka. A bang that will live on in motor racing history and continue to be discussed and argued about for a very long time. 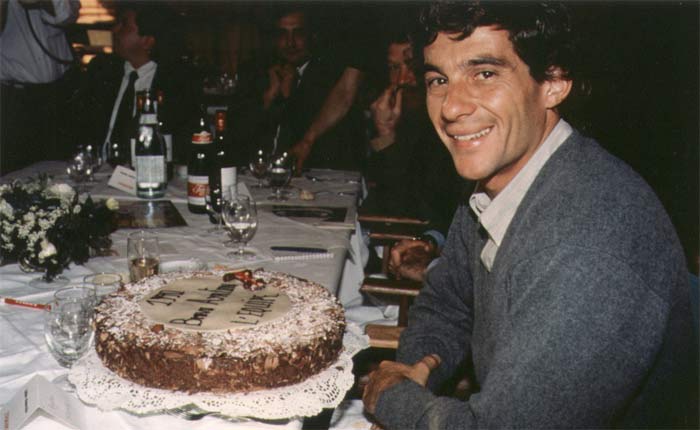 Did Prost deliberately ‘shut the door’ on his rival or did he have a right to that crucial first corner? Surely Senna did not clinch the Championship by deliberately ramming Prost? Could the race have been stopped on the grounds of debris on the track or because the dust raised by the colliding Championship contestants made the course sufficiently slippery to cause Berger to slide off when running at his customary pace in order to put a ‘cushion’ between himself and Mansell, after his No 1 driver was out of the race? Surely it wasn’t because the race was being run in Japan and the Championship was already safe in the hands of Senna in his Honda-powered car that it wasn’t?

To ask such questions without being at the race is unfair, so over to our man on the spot and his report on page 1268. What was unfair was that, in a post-race discussion of the dramatic Senna/Prost coming-together on British TV, Senna gave his views and later Ron Dennis was in the BBC studio, but not Prost nor Ferrari-Fiat. Whatever the truth behind an incident which ruined what could have been the most exciting Grand Prix of the year one must feel commiseration not only for Prost but for the organisers of the Australian GP, which if there were no Championship points to be earned, would have stood as another important race in its own right, instead of rather an anti-climax.

In fact, it turned out to be a great race, quite in the tradition of hard fought Grands Prix. The Japanese GP was disappointment enough, after Mansell had retired with what looked to be a return of Ferrari gearbox failure but was apparently caused because Nigel had been so eager to get after Piquet that he had too many revs on when his car was dropped off the jacks after a brilliant wheel-change and he thus broke both drive shafts. But then, Mansell has always been a charger! This does not in any way detract from the fine win by Nelson Piquet and his Benetton-Ford, repeated magnificently at Adelaide.

While Drivers’ and Constructors’ Championships add interest to Grand Prix racing, one has to question whether the titles should be based on leading performances until these have been surpassed, as in boxing for instance, instead of them being won on a year-to-year timetable? That the Drivers’ Championship has given some extra spice to modern racing cannot be denied, if one thinks of times when it has been won by a single point (as in 1958 by Hawthorn from Moss) or occasions when a driver has lifted off or changed cars to enable his team-mate to clinch the crown, or perhaps when a last lap retirement has changed the Championship result in the closing minutes of a race. On the other hand, there is the memory that Moss was one of the ‘Greats’ yet he never took the Championship, even though he won four times to Hawthorn’s one victory in 1958, but lost the title by a mere one point.

In today’s racing ‘closing the door’ on a rival has become commonplace but it does lead to too many shunts and while the very safe modern cockpits prevent a driver from injury in most cases and so perhaps encourage this habit, one has to consider how much pursuit of Championship points promotes such driving methods. It happened to Prost and Senna at Suzuka last year and has already done so to many lesser drivers; how many shunts has Senna had? F1 racing must not take on the mantle of a Saturday night’s stock car bumping match at the local stadium! Such random thoughts occur after considering how this year’s World Drivers’ Championship ended with a bang.

But nevertheless, congratulations to Senna.