Ayrton Senna lost his life on this day 24 ago. His death, while leading the San Marino Grand Prix in his blue and white Williams, came just a day after Austrian Roland Ratzenberger was killed in a qualifying accident, and plunged the motor-racing world into mourning. While Ratzenberger died before he could show the world what he had to offer, Senna had burned bright and had lit up the sport with an intensity unmatched by a driver before or since. 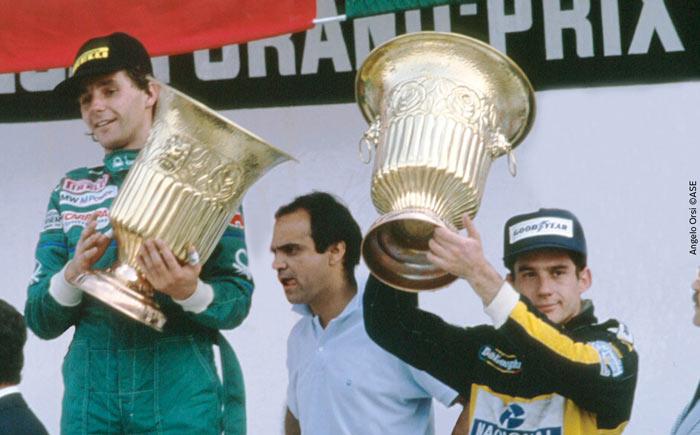 He has, many times over, been hailed as the greatest Grand Prix driver ever-with three world championships, 41 race victories, 65 pole positions and a career defined by his fierce rivalry with nemesis Alain Prost. He was, on the one hand, absolutely determined to win, prepared to go places his rivals wouldn’t dare contemplate, absolutely ruthless in his pursuit of victory. He had to prove to everyone that he was the best. He had this primal hunger. In fact, so committed was he to his racing and to winning that he ended an early marriage when he moved to England to compete in the junior series so as to not be distracted.

“He was a man like no other man I had ever met before,” commentator Murray Walker, recognised as the voice of Formula One, said of Senna in ‘The Right to Win’. “He was almost a mystic. He was a charismatic personality. He could be absolutely charming.

“But there was another side to his character. He was absolutely ruthless when he was in the cockpit and he was an intensely religious, God-fearing man. And he actually believed that he had a God-given right to win.”

Walker’s last statement was borne out by Senna’s actions on track with the Brazilian on several occasions resorting to questionable tactics to prevent someone else from winning. The Japanese Grand Prix in 1990 was perhaps the clearest example of the lengths Senna was willing to go to in order to win. It was the penultimate race of the season. The championship battle had raged all season between Senna and Prost. His nemesis needed to win the race to keep his title hopes alive. If neither car finished, Senna would be world champion. Simmering in the background were events from a year ago when the positions were reversed and the world title had been controversially decided, again at the Suzuka circuit, in Prost’s favour.

To add to the tension, the pole position was placed on the ‘dirty’ side of the track while whoever qualified second would start from the ‘clean’ side, giving them the benefit of better grip at the start. Senna, who was on pole, was none too pleased about that and seeking revenge, ran into the side of Prost’s Ferrari at the first corner, taking both drivers out of the race and clinching the world championship.

At odds with this cold, calculating ruthlessness he displayed on track was the other side of Senna’s character. He was an extremely compassionate individual. Despite having grown up in a well-to-do family and his multi-million dollar status, he was extremely sensitive to the plight of ordinary Brazilians and donated vast sums of money.

“Life can be very difficult in Brazil,” Senna said in video footage included in the recently released documentary ‘Senna’. “In Brazil you have all the extremes. You can have all the good, material things that money can buy, but at the same time you have lots of problems, social problems and poverty, some violence as a consequence.”

Senna was also extremely sensitive to the dangers of his profession. When Erik Comas crashed in practice for the 1992 Belgian Grand Prix, Senna stopped his car and sprinted across the track to help out his fellow driver. Rubens Barrichello, who sustained injuries in an accident on the same weekend that Senna and Ratzenberger were killed, also recalls waking up in hospital to see him at his bedside with tears in his eyes. By all accounts, he felt the death of Ratzenberger on Saturday keenly and was in great conflict and turmoil ahead of what proved to be his final race.

“You see, that’s the paradox of Ayrton Senna, isn’t it, in that he was clearly a fantastic human being?” Martin Brundle, former Formula One driver turned broadcaster, told BBC’s Top Gear programme.

“He was mortally hurt when Ratzenberger died the day before he died. But then he would crash Alain Prost off the racetrack and put both their lives at risk.”

Senna lost his life on this day 24 years ago. His death, while leading the San Marino Grand Prix in his blue and white Williams, came just a day after Roland Ratzenberger was killed in a qualifying accident.