Remembering Ayrton Senna on his birthday, what made him a legend and the unfortunate accident that took him away

He was considered to have a sixth sense while he was behind the wheel of his Formula One car. Aryton Senna was considered a legend by some of the greatest drivers F1 has seen. He won three Formula One world championships for McLaren in 1988, 1990 and 1991. Senna’s life was dotted with victories and controversies alike, particularly through his profound rivalry with team mate Alain Prost. Senna’s motorsport career began with karting, and he eventually moved on to winning the 1983 British Formula Three Championship. From there on, Senna ruled the tracks of Formula championships. 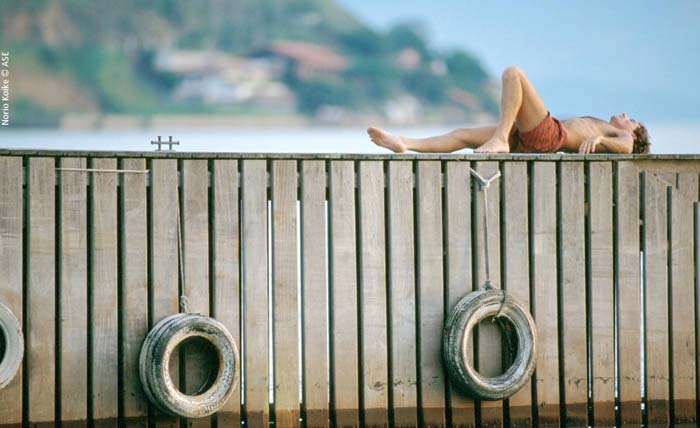 Senna had a very competitive spirit when on the track, an emotion that has been immortalised with a quote form him: “If you no longer go for a gap that exists, you are no longer a racing driver. And the main motivation to all of us is to compete for victory, it’s not to come 3rd, 4th, 5th or 6th. I race to win as long as I feel it’s possible.” However, along with the relentless attitude on winning, Senna also displayed a sense of compassion. In 1992, a fellow driver Eric Comas crashed on the race track in Spa. Senna chose to pull over and help Comas out of his car. Many other drivers who ran the race with him have a similar opinion, see for yourself:

“Senna really is the best racing driver in the world, not only the fastest.” – Jackie Stewart

“The guy is head and shoulders ahead of everybody else currently in Formula One.” John Watson, 1993 Imola

In his country Brazil, Senna was more than a Formula One Champion. He donated large chunks of what he earned as a race car driver towards welfare of the country, which in those years was still struggling with inflation and poverty.

The racing industry had been dealing with a shock already from the qualifying lap of the 1994 San Marino Grand Prix. Roland Ratzenberger, an Austrian driver had been killed in a crash during the qualifying run. Late Sid Watkins, then F1’s chief doctor for 26 years, had described in an interview how Senna had been crying on his shoulder over Ratzenberger’s death. Also, prior to Ratzenberger’s accident Rubens Barrichello had suffered a terrifying crash in a practice. After the safety briefing, Senna held a private discussion with Gerhard Berger and Michael Schumacher about the set up at the Imola race track.

As the race was flagged off Senna retained the lead from Schumacher. On lap 6, he set a quick pace with the third-quickest lap of the race, followed by Schumacher. As Senna crossed the high-speed Tamburello corner on lap 7, his car, which was doing about 307 km/h, ran in a straight line off the track, and hit the concrete wall at around 233 km/h. Senna was pulled out of the car within two minutes after the crash, and was given primary treatment next on the track. His death was subjected to criminal proceedings in Italy, as according to the country’s law accidents resulting in fatalities are to be investigated for criminal culpability.

Hence, Williams team members were investigated and charged with manslaughter, but the the trial in 1997 was concluded on the grounds that the prosecution had failed to prove its case. Later in 2007, the Italian Supreme Court of Cassation on stated: “It has been determined that the accident was caused by a steering column failure.” The Williams team conceded to this failure, but only as caused by the impact at the Tamburello corner.

Aryton Senna left behind a legacy far more than just Godly driving abilities. After his death, many changes were made to the Imola race track that saved the lives of many drivers. Besides, improved crash barriers, higher crash safety standards and major cuts to engine power were introduced. The Tamburello corner and other parts of the Imola circuit were also altered for better crash safety.

Even after his death, Formula One drivers’ opinion on him remains the same:

“Senna was the greatest driver ever and when someone like him is killed you have to ask yourself what is the point of it all.” Niki Lauda, 1994

“Ayrton was the most misunderstood person out there because he got such a bad rap in the media. I can assure you he was a good person. He was very supportive of me last year.” – Michael Andretti, 1994

“He was probably the fastest champion I ever saw. He was always stretching the elastic. My goodness was he quick.” – Jackie Stewart, 2004

Wherever you are, may you Rest in Peace Ayrton Senna. We wish you were with all of us today to turn 57 years old.