The Honda-powered McLaren MP4/4 was, until earlier this decade, the most dominant Formula 1 car in history, winning all but one Grand Prix in the 1988 season, and as a result has become an F1 icon. Both McLaren drivers that season—Ayrton Senna and Alain Prost—were some of the best in history and their tussle for the title was fierce. Senna came out on top, but his victory shattered his already tense relationship with Prost, which would culminate in two championship-deciding collisions in the coming years. 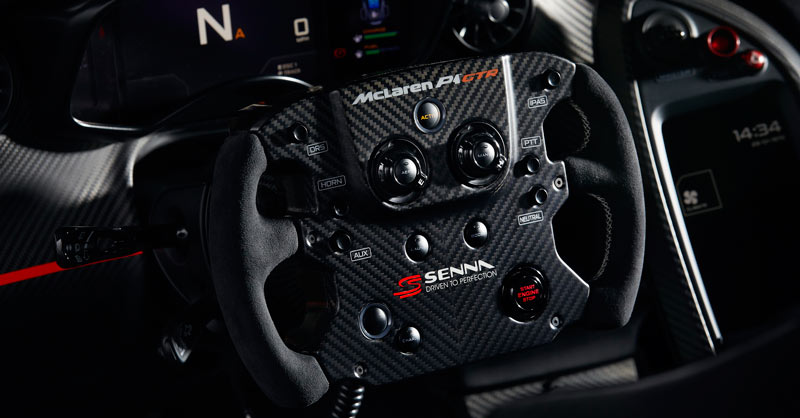 McLaren’s personalization wing McLaren Special Operations (MSO) applied the MP4/4’s livery to the track-ready P1 GTR for a McLaren collector and Senna fan who guided the project to completion over a three-year period. Minor alterations to the original design were made, such as the inclusion of Senna script on the doors, and a bar code in place of the Marlboro logo as required in countries where tobacco sponsorship wasn’t kosher. All together, McLaren says the livery took more than 800 hours to paint.

But changes made to this P1 GTR—named “Beco” after Senna’s little-known nickname—aren’t skin-deep. Its rear wing endplates have been enlarged to echo those of the MP4/4, and a Gurney flap has been added to increase rear downforce. Bargeboards channel air around the car’s body and toward the improved rear aero while an expanded splitter and canards boost front-end downforce. Total downforce climbs to somewhere in the region of 1,764 pounds (800 kilograms). 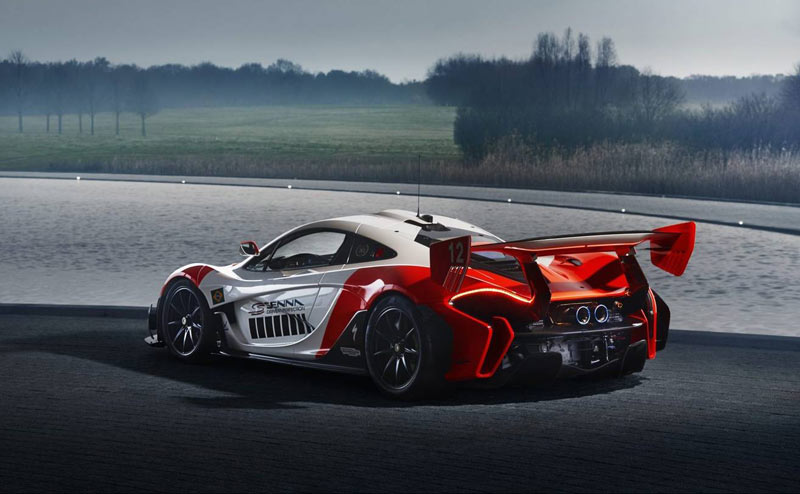 McLaren didn’t stop there with making this P1 GTR quicker. “Standard” P1 GTRsrip through spacetime with 986 horsepower, but McLaren says this one makes even more, likely putting it somewhere in the four=-figure range. With the added downforce, it’ll make better use of that power, and despite its best efforts, this car won’t be able to fling its occupants out with neck-snapping G-forces; newer lightweight carbon bucket seats developed for the McLaren Senna will ensure that.

Included with Beco is a crash helmet whose design copies that of Senna’s for maximum track day cosplay. Presumably, this buyer either missed out on buying Senna’s race-worn helmet, or they want to keep said helmet in a case where it can’t be scratched.