Much has been written about the tragedy of Imola 1994. The story is well known, Rubens Barrichello crashed heavily on the Friday, before Roland Ratzenberger was killed on Saturday in qualifying. Then came Sunday May 1st, when arguably the greatest racing driver of them, Ayrton Senna crashed at Tamburello and was also killed. 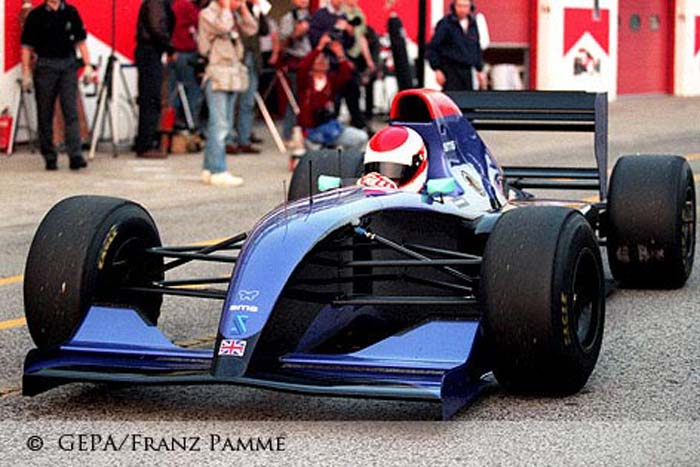 After that weekend, steps were taken to make sure that something like that would never happen again. But what were they? Who forced them through? And just how many lives did Ratzenberger and Senna saved? As the 23rd anniversary of that weekend approaches, Vavel, takes a look at the legacy of Imola 1994.

After the horrors of the 1960s and 1970s, Formula 1 had grown complacent and thought itself safe. Sir Jackie Stewart had ushered in a series of new safety regulations, including Armco barriers, suitable medical facilities and well-equipped marshals. The ‘Killer Years’ were over but the sport was about to receive a wake-up call in the most tragic of circumstances.

Heading into the 1994 San Marino Grand Prix weekend, 12 years had passed since a driver was killed in an official session, Ricardo Paletti in the 1982 Canadian Grand Prix, although Eilo de Angelis was killed in 1986 testing. The events of the 551st Grand Prix weekend would forever change motorsport worldwide. In a bid to keep the human element of F1 alive, the Federation Internationale de I’Automobile (FIA), the governing body of the sport, had banned electronic driver aids for the 1994 season.

The hope was to make the cars more physical to drive and at the same time to reduce costs in developing the complex electronic devices. After pre-season, triple World Champion Ayrton Senna gave his assessment of the new breed of car.

It’s going to be a season with lots of accidents, and I’ll risk saying that we’ll be lucky if something really serious doesn’t happen.

F1 and motorsport had reason to think itself safe, as drivers had survived massive accidents, most famously Martin Donnelly in qualifying for the 1990 Spanish Grand Prix, as well as incidents throughout the junior formulae. However, it would take the loss of arguably the sport’s greatest driver to truly usher in a new raft of safety regulations that meant 21 years passed without another fatality in F1, when Jules Bianchi succumbed to head injuries in July 2015.

The deaths of Austrian Roland Ratzenberger in qualifying for the San Marino GP and Senna in the race itself prompted FIA President Max Mosley to take the lead and usher in a series of safety rules in three key areas. The cars, the circuits and driver equipment. The most important change that came about was to the cars. Firstly, the raising of the cockpit sides, would give more lateral head protection to the driver. The 1994 cars were flimsy and left the driver exposed to all sorts of flying debris. When the ’94 cars are compared to the 1996 cars, the first ones to be designed with the improved protection, the difference is staggering.

Senna had been killed by a suspension arm becoming trapped between the car and the concrete wall, piercing his helmet, and thus brain. The raised cockpit sides may’ve helped this not to happen, but a rule ushered in by Mosley’s Expert Advisory Safety Committee, headed by the late Professor Sid Watkins, F1’s chief medical officer, did. Wheel tethers were introduced by 1998 to keep wheels attached to the chassis in the event of an accident, with the start line crash in the 1998 Belgian Grand Prix the best example of the benefits of the system. This was further to the strengthening of the wishbones immediately after the events of Imola four years previously.

Mosley, not always popular in later times, also forced through a reduction in downforce/grip and engine power. Firstly, aerodynamics were modified so that cars produced less downforce. For the Spanish Grand Prix, four weeks after Imola, the diffusers were to be reduced in size, as was the complexity of front-wings. In 1998, slower grooved tyres, as opposed to slicks, in an additional bid to try and slow the cars down, and potentially give a driver a fraction of second longer to try and recover from a mistake. For 1995, engines were reduced in size from 3.5L V10’s to 3.0L.

Cars were also redesigned to incorporate a ‘Survival Cell’ in the monocoque. In a high-speed incident, if wheels and wings came away, the central body of the car was designed not to crumple and protect the driver’s body. This saved many lives in future incidents, including Robert Kubica in his high-speed shunt in Canada 2007 and Fernando Alonso in Australia 2016. At the same time as the cars were being redesigned, Mosley led the efforts to redesign the circuits, so that they were safe. After the events of Imola, and two weeks later when Karl Wendlinger crashed in Monaco practice and was comatose, the teams were fully supportive of the efforts.

These included danger points of circuits being nullified for the rest of ’94, including Eau Rogue in Belgium being made a chicane, whilst more permanent changes could be made for future seasons. The state of mind that F1 was in whilst this period was going on, as opposed to Stewart’s efforts decades earlier, was night and day. He was called a ‘coward’ and drivers quite often raced on dangerous circuits because of external pressures and being forced to by the authorities, a cause of Niki Lauda’s accident in 1976.

The extensive circuit redesign was centred around so called ‘danger-points’. Those places on track, where if an accident was to happen, a driver could be killed. At Imola, Tamburello and the Villeneuve Kink where Senna and Ratzenberger respectively had died were made into chicanes. Both drivers may have survived if, instead of hitting cold, hard concrete at high-speed, they impacted against soft, forgiving rubber – in the form of tyre barriers. Today, the FIA mandate that at every ‘danger-point’ there are at least three rows of tyres, and a gravel trap in place to slow the cars down before they make impact.

One driver who owes his life to these redesign features is Michael Schumacher. When he crashed in the 1999 British GP, he only broke his leg, as his Ferrari had brake failure and was slowed down enough by the gravel before ploughing into the tyres, at Stowe corner, one of the fastest on the track. Modern circuits are often criticised for producing dull-races, as these were the ones designed post-Imola and were forced to consider the new regulations on run-off areas and minimum levels of track width.

After the cars and circuits had been made safer, attention become fully focussed on the drivers themselves, and what could be done to help them. Along with the Survival Cell, there are two modifications to their equipment that has saved countless lives in the 22 years since Imola. The first was the introduction of the Head and Neck Support (HANS) device. Made of carbon fibre, it connects to the helmet and limits the movement of the head and neck during high-speed crashes. It aims to stop Basilar Skull fractures from happening, which is what killed Ratzenberger. Senna also suffered from this in his fatal crash. Had the HANS device been in use in ’94, Ratzenberger would have survived.

After the 2001 death of Dale Earnhardt Senior in NASCAR, the FIA began to step up research into HANS. There was some resistance from drivers, including Earnhardt, who thought it uncomfortable, but now in any FIA sanctioned series, HANS must be worn or instant disqualification is the penalty. The other main driver focused safety change was strengthening helmets, to avoid a similar incident to Senna. Helmets are now twice as strong as they were back in 1994, and can survive being run over by a tank.

The wide-spread and vital changes ushered in post-Imola and their benefits can be seen in two accidents that have taken place. In Monaco 2003 Qualifying, Jenson Button had a similar incident to Wendlinger nine-years before. The survival cell of the car protected him from the barrier and although shaken, he only suffered minor injuries. All three of the major development areas outlined contributed to this, as the tyres reduced the impact, HANS supported his neck, and the car protected him. Six-years later in Hungary, F1 was close to its first death since Senna. Felipe Massa was struck on the helmet by a spring from another car, briefly knocking him unconscious. Had the helmet been of ’94 standard, chances are Massa would have been killed. Moreover, the fact he came to rest in a tyre barrier, as opposed into concrete enabled quick extraction and medical attention.

Every accident is different. That’s why Jules Bianchi was unlucky. No-one could have foreseen the events leading up to his fatal accident. But Formula 1 learnt from it. The Virtual Safety Car was introduced, as to nullify races, without bringing out the full Safety Car, to allow for cars and debris to be cleared. After the death of Justin Wilson in IndyCar in 2015, renewed calls for head protection were made. The ‘Halo’ device loops around the cockpit to deflect debris from the driver’s head. Such a system would’ve prevented Massa’s skull fracture. But there is resistance to it, with some arguing it ruins the ‘Open-cockpit’ element to F1/Motorsport.

The Halo’s introduction to F1 has been delayed from 2017 to 2018, for further development and to improve the aesthetics of it. But if a driver is killed or seriously injured in F1 in 2017, the FIA have a flimsy case, as the technology is there and has been trailed. Formula 1, and motorsport will always be dangerous, and drivers will be killed in future. It is the duty of the FIA to reduce the risks associated, and they will continue to do so. Roland Ratzenberger and Ayrton Senna have saved countless lives around the world, but to do so, they had to give their own.