Realised exclusively for the Brazilian market, a limited edition series of just 161 motorcycles are to be produced, signifying the number of F1 Grand Prix raced by the Brazilian star. The special livery colour was chosen by Ayrton Senna himself during his visit to the Ducati factory only a few weeks before his last race in Imola in 1994, and later used to produce a first series of 300 motorcycles designed to honour star in 1995. 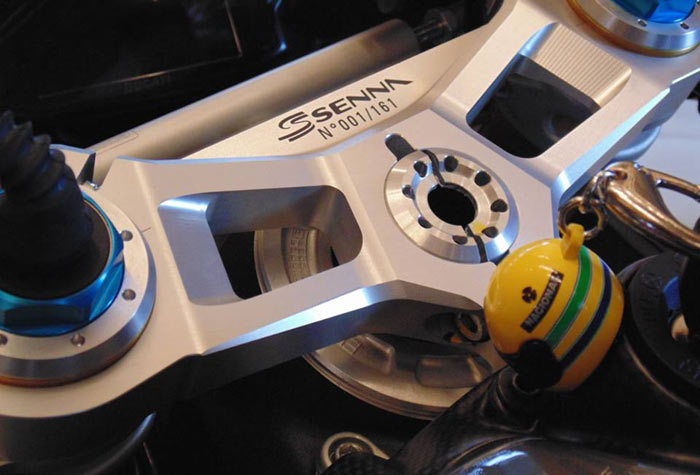 The first Ducati tribute to Senna was a 916SP finished in grey with red wheels, the “916 Senna I”, of which only 300 were produced, with two more versions, the “916 Senna II” and “916 Senna III” built in 1997 and 1998. All three versions of the Ducati 916 Senna model were limited editions and remain highly sought-after by collectors world-wide.

Ducati, in close agreement with the Senna Foundation and wishing to contribute to the charitable and educational goals the Foundation pursues, decided to pay homage once again, expressing its passionate respect for one of the most prestigious “Ducatisti” ever with the 1199 Panigale S Senna.

Starting from June 2014, the 1199 Panigale S Senna will sport the special Senna colour scheme and each of the 161 motorcycles will be supplied with a racing exhaust system and each have its individual production number inscribed on the top fork clamp.

Number 01/161 of the Senna limited edition version of Ducati’s industry-benchmark Superbike will be displayed on the Ducati stand of the TWO WHEELS Motorcycle Show in Sao Paulo, alongside one of the original Ducati 916 Senna models.