Many petrolheads and Formula 1 enthusiasts who grew up watching the sport in the late 80s and early 90s claim Ayrton Senna as their childhood hero. Of course, the man was a Legend. I have been enjoying F1 since 1986, when I would wake up every Sunday morning and watch races with my Father. 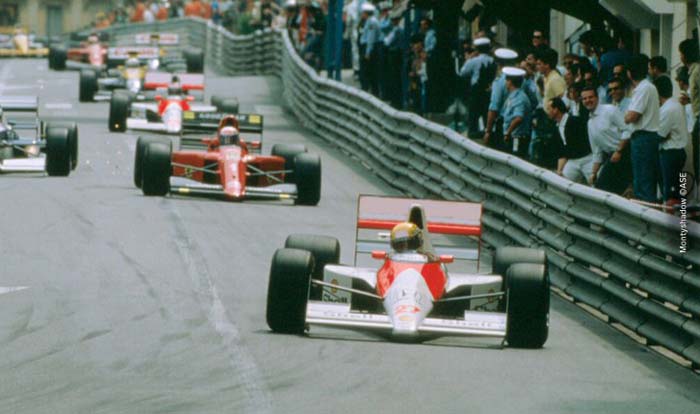 Luckily, dad is still around and healthy, but I know many years from now, when he is no longer with us, those are the memories I will cherish the most. And in our house in Brazil, on those Sunday mornings, there was only one name we cared about, and it was usually yelled something like this:

In the unmistakable voice of the voice of Brazilian sports on TV since the 80s: Galvão Bueno.

Now Oppo, there is no denying that the fact that I am Brazilian, Ayrton’s country, amplifies my love for the man, but I want to try to explain to you just how crazy our Country was for it’s favorite son. Sundays were almost a religious experience, Brazil’s time zone is favored when it comes to showing races on Sunday, they usually fall right around 10-11 AM, right as families are preparing for their traditional Sunday “Churrascos” (Barbeques) needless to say, this is a factor in Brazil’s love of Formula 1.

Another deciding and more important factor, is the history of drivers the country has produced, many of them Champions. The first Brazilian WDC was Emerson Fittipaldi, a man who paved the way for Brazilian and other South American drivers to head to Europe. Fittipaldi was Champion in 1972 and 1974. Later, came Nelson Piquet, a great driver who was known to speak his mind regardless of the situation and of who it might offend. He was champion with Brabham twice, and Williams once, thus becoming the first Brazilian Triple World Champion. Other drivers have not been able to achieve a world title, such as Rubens Barrichello and Felipe Massa. Barrichello achieved a prestigious career in F1, but he suffered in Brazil by being mocked as Schumacher’s puppet and second-driver. But to those who know, the record-holder for most F1 races was a genius at setting up cars, and a great racer. Massa is still racing, this year with the promising Williams, equipped with the so-far very reliable Mercedes powerplant.

Back to Senna, surely millions of Brazilians had the same experiences that I had growing up, and undoubtedly all of them can take you back to the exact spot they were standing in on that May 1st 1994. I remember clearly watching the race with my Dad, and my mom heading to the market next door to buy some things for lunch, Senna crashed while she was gone, I remember telling her “Senna crashed…” My dad, like millions of Brazilians around the country, was already crying. This experience is one of the only very clear moments I remember of my childhood. It was, without a doubt, the biggest loss that Brazil has ever suffered. Shops were closed that Monday, people walked the streets quietly, there were less cars on the streets, the busses were silent. Brazil had lost it’s National Hero.

You’ve all seen pictures of the funeral, Millions lining the streets of São Paulo as Ayrton’s body was taken from the airport to the State building, where he lay in state draped under the Brazilian flag and his typical yellow helmet. He was buried with full military honors which were normally reserved to Presidents.

F1 hasn’t been the same since then to most Brazilians, what once was a national passion in the 70s 80s and 90s, is now an enthusiast sport. The races are still shown on National TV on Sundays just like they were in the victorious days of Fittipaldi, Piquet, and Senna. However, the domination of Schumacher in the 2000s and the lack of a prominent Brazilian really pushed down audience levels. But deep down, everyone knows, the real reason is that Sunday mornings are never the same.