Adrian Newey – most successful Formula One car designer, current chief technical officer of the Red Bull Racing, has reveals the new details of the modification made to Ayrton Senna’s Williams FW16 ahead his fatal crash during the 1994 San Marino Grand Prix, and says he still feels “guilty” about his death.

Newey was chief designer at Williams when the three-time world champion was killed in a crash during the 1994 San Marino Grand Prix, he recalled the moment of crash in his autobiography “How to Build a Car”, published this week by Harper Collins. 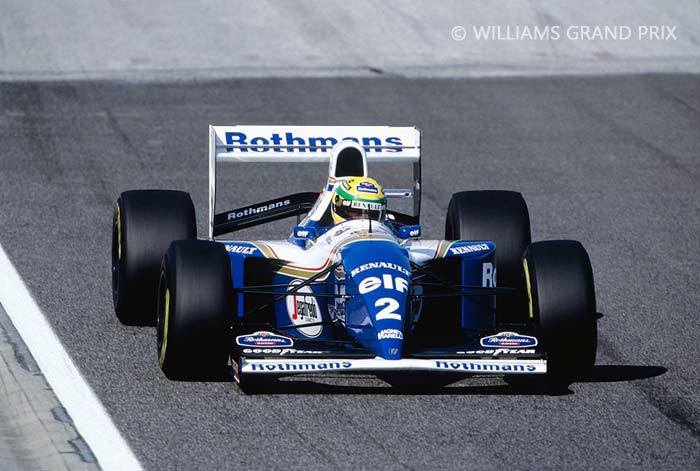 Newey and Patrick Head, Williams technical director at the time, were prosecuted in Italy for manslaughter. The prosecution claimed a poorly manufactured modification to the steering column had caused it to fracture and break at the crucial moment.

Williams said all the data pointed to a driver mistake caused by Senna pushing too hard over bad bumps in a corner made more challenging than normal by the handling problems the car was suffering from at the time. After 13 years of on-off trials, the Italian Supreme Court finally ruled that the accident was caused by steering column failure, for which Head was found responsible. He was not arrested as the case had passed the statute of limitations.

Senna’s steering column had been changed to improve his driving position. Newey drew up the plans to relocate the steering column and decrease its diameter at one point. He described the changes as “two very bad pieces of engineering” which “Patrick [Head] and I were responsible for”. Following the crash Williams made tests of their steering column design. They found that despite the reduction in diameter and a fatigue crack on the shaft, the column was still useful.

However, Newey says he still feels “guilty” about the fatal crash. “I was one of the senior officers in a team that designed a car in which a great man was killed,” he said.

“Regardless of whether that steering column caused the accident or not, there is no escaping the fact that it was a bad piece of design that should never have been allowed to get on the car.”

“What I feel the most guilt about, though, is not the possibility that steering column failure may have caused the accident, because I don’t think it did, but the fact that I screwed up the aerodynamics of the car, I messed up the transition from active suspension [in 1993] back to passive and designed a car that was aerodynamically unstable, in which Ayrton attempted to do things the car was not capable of doing.”

“Whether he did or didn’t get a puncture, his taking the inside, faster-but-bumpier line in a car that was aerodynamically unstable would have made the car difﬁcult to control, even for him” said Newey

If Senna would have just stepped out of his Williams on Sunday, Roland Ratzenberger’s accident would have been much better remembered in the world of Formula 1. Ratzenberger was the first driver to lose his life at a Formula 1 event since Riccardo Paletti crashed into the stalled Ferrari of Didier Pironi at Montreal. His car caught fire, while Paletti was trapped inside. After this horrific accident, 12 years would pass without a fatality during a Grand Prix weekend.

Ratzenberger’s accident happened just yards from where the next day, Ayrton would have his fatal crash. In qualifying, Roland ran over the kerb at the Acque Minerali Chicane and it is believed the impact damaged his front wing. He was unable to control the car at the Villeneuve curve when the front wing separated and went under the car. The car hit the concrete wall at the Villeneuve corner travelling just under 315 kilometres an hour. Ratzenberger didn’t stand a chance. The survival cell of his car was largely undamaged, but Roland had sustained a basal skull fracture with the force of the ‘head on’ impact.

“I will always feel a degree of responsibility for Ayrton’s death but not culpability” Newey added. “The fact that the [Roland] Ratzenberger case had been so easily swept under the carper left me suspicious that Passarini’s principal motivation might be personal glory and notoriety.”