When former three-time world champion driver Jackie Stewart accuses Ayrton Senna of driving dangerously. Stewart asks the Brazilian hero why – in just 36 months – he’d been involved in more accidents than all the other F1 champions put together. But Senna, himself a three-time world champion, stands his ground. “I find it amazing for you to make such a question,” he says. “If you no longer go for a gap that exists you’re no longer a racing driver. The main motivation for all of us is to compete for victory, not to come third, fourth fifth or sixth. I race to win.”

Director Asif Kapadia says it’s one of his favourite scenes in the movie. “People did accuse him of being a dangerous driver and a tough guy, but there’s something about the way he just says: ‘This is who I am’. His way of being is exactly what makes him so loved.” 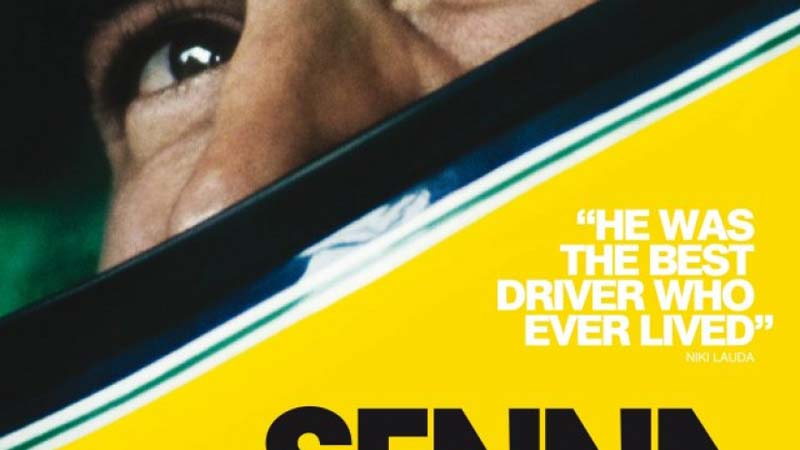 Even before his death at the age of 34, Senna had already become a legend of motorsport. He combined a charismatic personality with a steely determination to push himself and to win at all costs (or crash trying). His faith in God and nerves of steel helped him drive at the outer limits of his own ability. Many people – including another three-time champion, Nikki Lauda – believe Senna was the greatest driver to have ever competed. Team owner Frank Williams once said “he was an even greater man outside the car than he was in it”.

Senna died on May 1, 1994, when he crashed on the seventh lap of the San Marino Grand Prix in Italy (a court found it was most likely due to his steering column breaking apart). Brazil declared three days of national mourning and more than a million people lined the streets in Senna’s home town of San Paulo to pay tribute as his coffin passed by.

An earlier version of Senna includes footage of Senna standing at the exact same corner a month before he lost his life voicing his concerns that somebody would end up dying there because of safety issues. Kapadia says he was torn about including the scene. “It was powerful and it was a really difficult one to take out,” he says. “The reason we did was because we know in hindsight what’s going to happen,. But the truth is that if I looked I’d probably find footage of him complaining about corners at every track in the world. At that point in time nobody expected him to crash and everybody was shocked by it happening. So we decided to make the film as if it were in the present, rather than looking back in time.”

This is part of the key to the documentary’s success, and why it has proven so popular, winning audience awards at the Sundance, Los Angeles and Adelaide film festivals. Most documentaries rely on the recollections of talking heads but Senna’s global appeal meant that his every move was captured on film. By the end of his life, Kapadia had footage from as many as 40 different cameras covering everything from the races themselves to press conferences, TV appearances, pit action and drivers’ meetings. “We realised there was a way to make the film where we didn’t have to base it on contemporary interviews that to me feel a bit too much like television. (We thought), ‘why don’t we just stay in the moment, stay in the drama, follow him and see what happened as it happened and that could be much more exciting and thrilling’. And for the next two years that’s pretty much what we tried to do.”

Ayrton Senna was born to well-off parents in Sao Paulo on March 21, 1960, and took up go-kart racing as a child. He won his first competitive race in 1973 and by 1978 he had made it to the karting world championships at Le Mans. From 1980 onwards he began competing in Formula Ford races, before making his Formula One debut at Rio de Janeiro in March, 1984. It was in just his sixth F1 race, at Monaco that year, that the world began to pay attention to the young Brazilian. Starting in 13th position, Senna drove like a man possessed and was poised to overtake race leader Alain Prost when officials called the race off due to heavy rain. It was the opening salvo in what would become one of the great sporting rivalries and the world became transfixed as the annual championship passed back and forth between the two.

The two drivers couldn’t have been more different in style and temperament – Frenchman Prost was nicknamed “The Professor” for his methodical approach to racing. If all he needed to do to win the championship was to come third in a race, then that’s all he would do. But Senna would never settle for that. It was a relationship characterised by politics and dirty pool. The film suggests that in 1989, knowing that he could lose the year’s championship if Senna won the penultimate race of the season, Prost calmly ran Senna off the road during the Japanese Grand Prix. Senna somehow recovered and went on to win the race – until a protest from Prost saw Senna disqualified on a technicality, suspended from racing and fined $100,000.

One year later, at the same track and with the positions reversed, Senna ran Prost off the road at the first corner – in what Senna’s biographer Richard Williams called a “diabolical move”. Senna won the championship as a result. “The two accidents very much explain the characters of the two drivers – Prost does his at the slowest point on the track at 30 miles an hour. Senna does it his way – by driving into Prost at 160 miles an hour. There’s no excusing it, but he was a hot head. He had his way and Prost had his way.”

Prost may well take issue with the film’s assertions he was involved in such underhanded tactics. Kapadia admits he hasn’t taken an even-handed approach. “There is only so much time we have to tell the story and the clue is in the title – the film is told from Senna’s point of view, so when there is any doubt, we go with Senna’s angle,” he says. “But for the DVD and BluRay Alain will get more time to tell his side.”

The rivalry concluded in Adelaide at the 1993 Australian Grand Prix. Senna won the race and pulled Prost up to the top of the podium and embraced him. “It was like: what is done, is done, let’s move on,” says Kapadia. “It’s a very special moment and anyone who saw it will never forget it. What nobody knew at the time was that it was the last time either of them would ever be on the podium. Prost didn’t race again and Senna never finished a race again. It’s really bittersweet.”

Watching the finished film provoked similarly mixed feelings for Senna’s family. They had travelled to Monaco a year ago to watch Senna’s nephew Bruno compete in the Grand Prix, so the film’s producers took the opportunity to hire a cinema at Cannes. “It was a pretty nerve-wracking experience for everyone,” Kapadia says. “It was tough for them, and even when things were going well (in the film) and Senna was winning you could hear the sobs in the darkness. But at the ending they hugged us all and said, ‘you really manage to capture the perfect balance, of the genius in the car and the humanity of the man away from the car’. So they gave us the thumbs up and we walked away happy.”