I don’t remember the day men landed on the moon, but I remember the day when I watched Ayrton Senna’s crash on television. I first met Ayrton in 1979, when I was working in Formula 3, and our Brazilian driver Chico Serra – who was one of the upcoming Brazilian stars – came into the workshop with a young man and his wife. He introduced us and said: 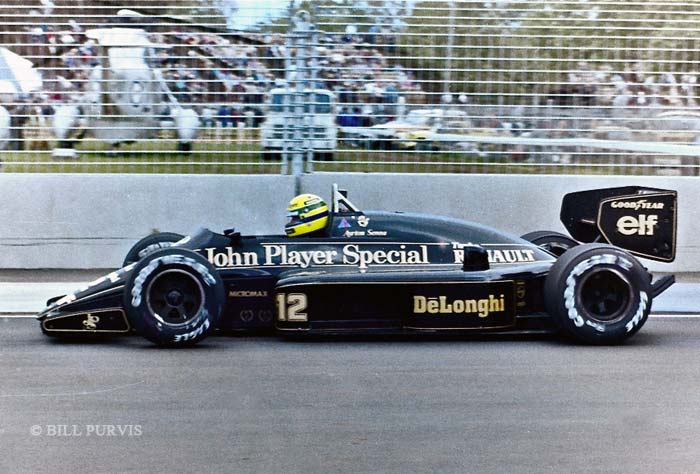 “This is Ayrton Senna da Silva, he is the Brazilian champion in go-karting, and this man will be a world champion. His performance is outstanding.” In 1981, I started my own Formula 3 race team, and I often watched Ayrton drive in the Formula Ford, in the Formula Ford 2000 and in the Kart Championships. In 1988, Ron Dennis, who became a partner at McLaren some years before, asked me to become Chief Mechanic for McLaren. That’s when I started working with Ayrton Senna.

Unlike today’s drivers, he was much more involved in the technology of the car. Ayrton really knew what he wanted, he was really intelligent and had a good engineering brain. If you look at the early photos in Brazil, he was preparing his go-kart himself. He was a very focussed driver and he always was in the best physical condition. In 1993, Ron Dennis tried to convince Ayrton to renew the contract with McLaren for another year, but Ayrton refused because he knew that we didn’t have a competitive car for him. So we had a race-per-race deal – he got one million dollars per race.

He never turned up for a race before the million dollars were credited to his bank account. But he was worth all the money. At the race in Donington for the European World Championship the track was wet and although we didn’t have a perfect car, he made an incredible race. He passed ten cars in one corner! No one was going to beat him.

Between the races, when we were either trying to improve the car or studying a problem, he was the warmest and loveliest guy you had ever met. When he came to the factory, he walked around and talked to anybody. The fame didn’t change him very much; he was still quite a humble person. In the media, he was often seen as an arrogant man, but that was not true. He was just pretty self-confident. When he was asked, which driver impressed him most, he didn’t say Alain Prost or Michael Schumacher; he said Terry Fullerton. They raced against each other in the World Kart Championship three or four times and Terry always beat him. Ayrton told me that this was the best competition and fun he had ever had. Unlike Ayrton, Terry never moved up to Formula Ford or anything else.

Many people here who worked with him still talk about him. He was really one of us. He wasn’t just an employed driver – he was one of the team.