Warm and sunny weather returned on Sunday after an overnight storm had washed the track clean, but at the green light, there was immediate chaos. Mansell had decided that he could get by Piquet off the grid and aimed his Lotus for the space between the two front row cars. He struck the back of Prost’s McLaren and bounced into the side of Piquet’s Brabham, sending it sliding to the outside wall of the track and into Michele Alboreto’s Ferrari. 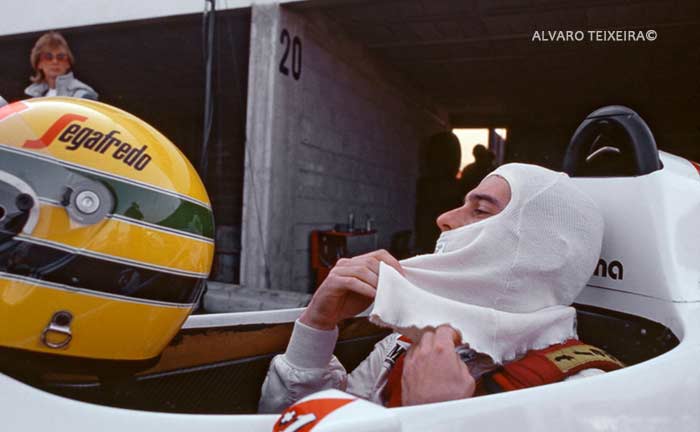 The right rear wheel of the Brabham was launched into the air and landed on the front of Senna’s Toleman, breaking the suspension. At the same time, Marc Surer suddenly found his charge from the back of the grid blocked by Piquet’s stricken car, and drove his Arrows into the Brabham’s left front wheel. Taking no chances, the organizers stopped the race and made preparations for a restart.

Piquet, Alboreto and Senna took to their spare cars, but Arrows had none to offer Surer, so the Swiss was absent when the field reassembled on the grid. Interview was made by American TV and right before second start. 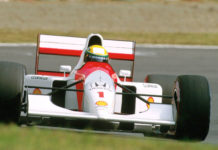 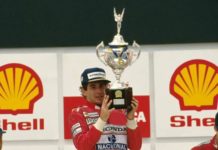 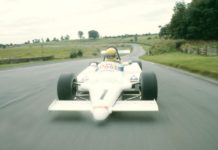 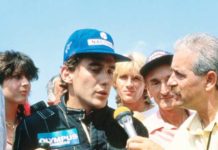 12/09/2019
Two chassis and six engines. This was the standard “arsenal” provided to Ayrton Senna for the more important races by DAP, an Italian...