It was during the 1984 season that my friend and colleague Alan Henry introduced me to a newcomer to Formula One. He was from Brazil and had won a Formula Three title, and was now in F1 with the Toleman team. His name was Ayrton Senna da Silva, though for racing purposes he was using the abbreviated name Ayrton Senna. 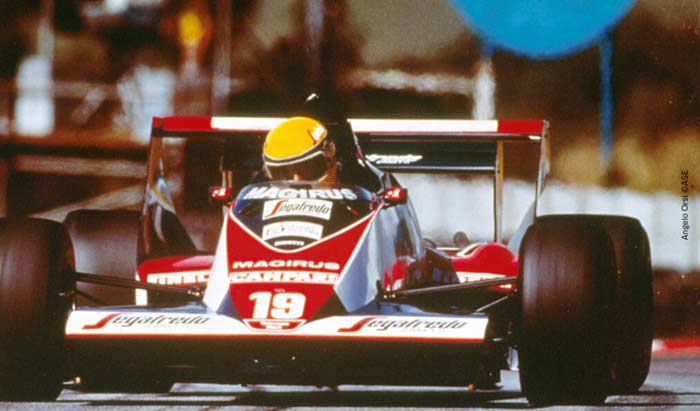 In conversation, we explained to him that we had a general parameter for drivers who we considered good grand prix drivers, and it was quite simple. With a look of keen intensity he enquired what it was, and we said: “You have to win at least 10 per cent of all your races.”

We explained that we didn’t expect a newcomer to win a grand prix in his first 10 races, nor did we really expect him to win two races by the time he had competed in 20 events, but that by the time he had done 30 events he should have won three. He looked at us very thoughtfully and you read in his deep brown eyes that he was summing it all up, before saying to us: “Yes.”

By the end of that season Senna had finished second to Alain Prost at Monaco and third behind Prost and Niki Lauda in the Portuguese Grand Prix at Estoril. He was driving the Toleman TG183B powered by a Hart turbo four-cylinder engine; Prost and Lauda were in the all-conquering Porsche turbo V6-poword McLarens. In conversation with Brian Hart he gave his honest opinion that this lad was something out of the ordinary and should go a long way.

In those days turbocharging was still a little bit primitive and if you let the engine rpm drop too low the turbocharger instantly lost speed and boost pressure. It then took time for the exhaust gases to get it spinning up to high revs again and bring the boost pressure up. The excuse of ‘turbo lag’ was given by anyone who could not cope with the situation, as though it was not part of the business of driving a Formula One car.

My reaction at that time was that some of the drivers should try racing a highly tuned two-stroke motorbike, or a single-cylinder Norton with a big megaphone, then they might learn something about engines.

Hart said that one of the things that Senna asked him and the Toleman engineer Rory Byrne was whether it would be all right to take slow corners and hairpin bends free-wheeling with the clutch pedal depressed. He explained that if he did that he could keep the engine running at high rpm and thus keep the turbo boost up. Once round the hairpin he could then drop the clutch at near maximum rpm and full boost, thus being completely untroubled by ‘turbo lag’.

When I heard this, my reaction was: “That is exactly what Gilles Villeneuve used to do with the early turbocharged Ferrari.” You had to be very precise in judging when you took your left foot off the clutch, because the car took off in a big way.