Captain Owen O’Mahony watched the grand prix on the little television in the office at Forli airport, a few miles from the circuit at Imola. Outside, his boss’s jet, a British Aerospace 125, lay on the tarmac, fuelled and ready for take-off. O’Mahony always stayed with the plane on the day of a race and this had been a horrible weekend. A quick getaway would be important. That morning, the phone had rung at 7am. “Baggage service,” he had answered, knowing exactly who it was. The bags were picked up and stowed. “Good luck with the race, Ayrton,” he had said. For all his varied experience, O’Mahony had not been prepared for the moment the blue and white Williams plunged off the track at the Tamburello curve and ricocheted off the concrete wall. He is tall and elegant, even a little rakish, with deep blue eyes and silvery hair. 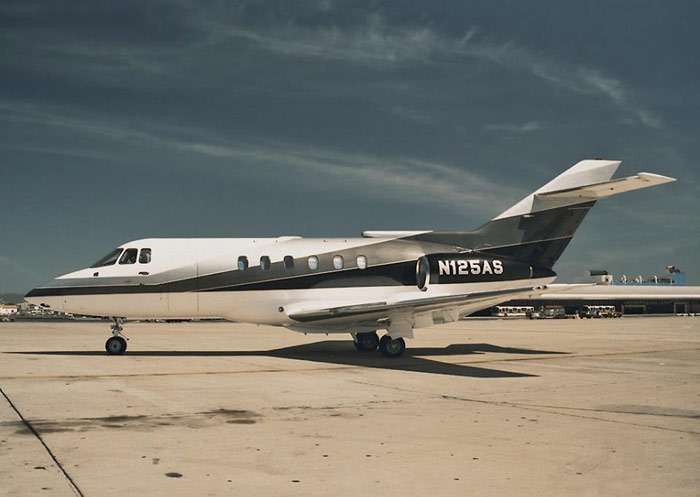 He speaks in a mellifluous baritone, the voice of middle England, each word perfectly enunciated. His years in the RAF had taught him to suppress emotion. Of his class of 14 at training school, only three were still alive. Tragedy was nothing new. But somehow this was different. For once in his life, O’Mahony didn’t know what to do. The reports said Senna had been flown to the hospital in Bologna, so he flew the plane into Bologna airport and waited for further instructions, from Julian Jakobi, Senna’s London-based manager, or Celso Lemos, the new boy in the tightknit Senna entourage. Late in the afternoon, he saw the familiar figure of Gerhard Berger hurrying towards him. Gerhard did not have much more news, but as one of Senna’s closest friends he instinctively understood how lonely O’Mahony must have been feeling.

Executive pilots are not supposed to get close to their clients and throughout his career as what he deftly terms “an upmarket taxi- driver” O’Mahony had obeyed the rules. Privately, he harboured a degree of contempt for most of his employers, but only once had he broken the unwritten code of silence. He had been asked by a Nigerian to fly a cargo into Luton from Accra. He knew something was wrong the moment he picked it up and he had told customs of his suspicions. They found he was importing $4.5m worth of cannabis.

His relationship with Ayrton Senna had begun like most others. He wasn’t even sure who Senna was and nothing in the first three months of his employment in late 1990 suggested that a mere business deal would turn into a deep and shatteringly abbreviated friendship. O’Mahony got his instructions from Senna’s office in Brazil and did what he was told. “He was always polite, but I didn’t bother him,” O’Mahony says. “Then he turned round to me one day and said, ‘Owen, in future, just talk to me’.” Senna had difficulty with the pronunciation of O’Mahony. It should be “O’Marny”, but he would drop the “O” and say “Mahny” with the accent on the second syllable. When he had spent the off-season in Brazil, speaking Portuguese, Senna couldn’t pronounce Owen either, so “Mahny” it was. But it was O’Mahony’s sense of humour which appealed most to Senna’s boyishness.

You cannot be around O’Mahony long without sharing the twinkling eye and, at the time, Senna needed someone with a lighter touch. “One time,” O’Mahony recalls, “Ayrton had asked me to do something and I’d forgotten to do it. So the next time he saw me, he said, ‘Mahony, how long have you been working for me … not including tomorrow’. I’d taught him that and now he’d thrown it back at me.

“I like to think I was partly responsible for him developing a little English humour. I was just the means to an end, he was the star and with everyone wanting a piece of him, he didn’t want one extra guy bleating at him all the time. I was old enough to be his father, which was perhaps why we got on so well. Many’s the time we would sit on journeys and he would ask me questions about this and that. I can remember parking behind hangars so he could skulk into Frank Williams’ plane without anyone seeing him when he was giving Ron Dennis a hard time at McLaren.

“The funny thing was that I could never tell from his manner on a Sunday whether he had won or lost. The only clue was that if he’d won he might ask what the weather was like in Faro [where Senna had a house] and that was a coded message. He wanted to know if he could land the plane. He didn’t have a licence, but I would often sit in the co-pilot’s seat while he took the controls. Sometimes, if he’d not had a good race, it took time to get something out of him.”

Looking back on that Imola weekend which changed his own life, O’Mahony has erased many of the details and much of the pain. Senna was not himself from the moment he had picked him up in Faro and there was the strange incident of the photograph. Just casually, O’Mahony had mentioned to Norio, Senna’s personal photographer, that after four years in his service he still did not have a photo of Ayrton and himself. On the Friday afternoon, amid all the other distractions, Senna had made a point of presenting Owen with a signed photo. It now sits in O’Mahony’s study. Later, after Rubens Barrichello had crashed heavily in practice O’Mahony had noticed the distress and quietly asked if there was anything he could do. It was the ques-tion of a friend, not the hall porter. The rest is a blur. O’Mahony’s wife taped the race and the crash, but Owen has not looked at it again. Never intends to. Once is enough, he says.

The day after Senna’s death, he flew the family back to Paris, pulling up alongside the Jumbo which would carry Ayrton’s body. They stripped out the seats in business class to fit the coffin. The doors of his own jet were not wide enough, for which O’Mahony was secretly grateful. “I’m not sure I would have had the bottle to do that trip,” he says. It was bad enough the following July, taking Senna’s mother and his sister Viviane back to Portugal to pack up Ayrton’s house. O’Mahony flew a melancholy cargo, including all Senna’s trophies, back to the family home.

As the body was flown back to Brazil, O’Mahony flew on to London, swapping the jet for a suit and catching the next scheduled BA flight into Sao Paulo. On arrival, he was given an A sticker – for Amigos, a friend. But when he saw Ayrton’s mother, Neyde, she ripped it off and replaced with an F, for Familias, which allowed him one final moment of privacy with Senna. He flew to the funeral in a helicopter with Alain Prost and the Stewarts, Jackie and Paul. He had never seen five million people crying before. Then he went to pay his respects to Ayrton’s father, who had six little packages in front of him. The father doesn’t speak much English, so he spoke through an interpreter: “Ayrton had many acquaintances and friends, but there were only six people he trusted in the world,” he said. “You were one of them.” Inside the parcel was a golden bracelet with his name inscribed on it.

O’Mahony is 60 now and has just started to work part-time for the Senna Foundation, which is funding a series of educational, sporting and cultural projects to help the street children of Brazil. Five years on, he finds it hard to let go. Shutting down the emotional valves, the protective mechanism of the trained pilot and the urbane Englishman has not worked. Every time he walks past the bracelet or sees the photo, the memory rebels. The truth too is that he doesn’t want to forget. His contract said that if Senna was killed, his employment would cease “forthwith”. But the Senna family know they can still call on him at will.

“Ayrton got to me, he and one other man, who’s still alive. They weren’t like the egotistical prats I’d been used to flying around. I’m trying to close it off, that’s what I’m trying to do. But it’s hard.” He has flown for Berger and Michael Schumacher, but working for the Foundation will be a more appropriate catharsis. “I don’t need to go flying round the world anymore. My heart’s not in it. I’d prefer to occupy my time with a project that achieves something, albeit in a small way. We can’t solve the problems in Brazil, but we can bring some happiness for a few little kids. Ayrton was remarkably compassionate with children.” He still expects the phone to ring, to hear that familiar voice calling. Mahny. This weekend more than ever.