Ron Dennis’ voice cracked and he turned away to compose himself as the memories of Ayrton Senna flooded back. On the 20th anniversary (2014) of the brilliant Brazilian’s tragic death at Tamburello, most will remember a champion, an idol, a motor racing superstar.

The 66-year-old McLaren boss prefers to recall the man behind the legend: caring, passionate, principled and intense. 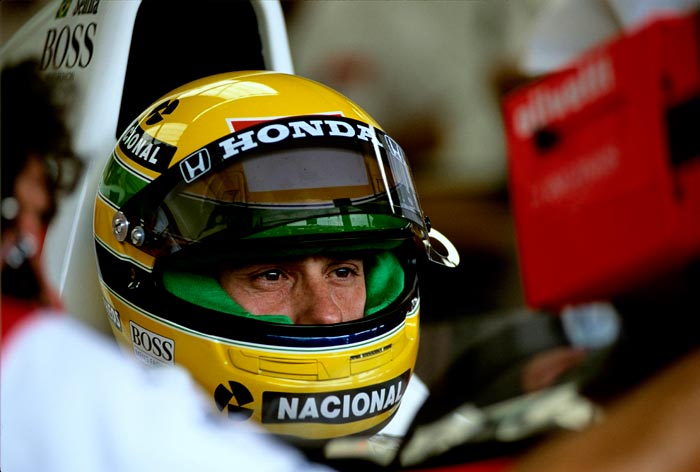 “What I miss most about him is the fun,” said Dennis. “People say, ‘Well, what about the winning?’, but that’s us doing our job. So it was the fun.”

While Senna gave him three titles, 36 victories and soaring success, Dennis helped the insular 28-year-old learn how to laugh by teaming him with F1 prankster Gerhard Berger. It was a stroke of genius. Senna’s fearsome intensity could easily have led to early burn-out.

Dennis’ fondest memory is not of a world title or a Grand Prix victory but a far more human moment. “He gave me a personalised envelope I still have, which contained $10,000,” he said.

“He bet I could not eat a container of chilli and before he could pull the bet back I had wolfed it down. It’s my fondest memory because to get a smile across Ayrton’s face was not easy, but to get him to part with money with a smile on his face was really difficult.

“It was the fourth time he’d lost a bet, a big one, and he said he’d never bet me again. It was a great moment but one that I paid for for a couple of days!”

Then there was the day he returned to his suite at a five-star hotel in Italy to find all four walls plastered with pornography. “Just think of the scale of papering a room with pornographic material,” marvelled Dennis. “It was not easy getting rid of such huge quantities of literature.”

Senna and Berger duelled in pranks: revenge for a hotel room packed with frogs and snakes was a snapshot of a backside glued into a passport.

“So I remember the laughter and the fun,” said Dennis.