More than a week after its official debut at the Geneva Motor Show, the McLaren Senna hypercar made its first track debut at the 76th Annual Goodwood Member’s Meeting Saturday. Sadly, McLaren’s claim that the Senna is the “most track-concentrated road car yet” wasn’t put to the test during the car’s debut. The procession merely puttered around the race track, only letting loose a little bit at 5 minutes, 30 seconds. We could have also done without that ill-informed commentary from the announcers. 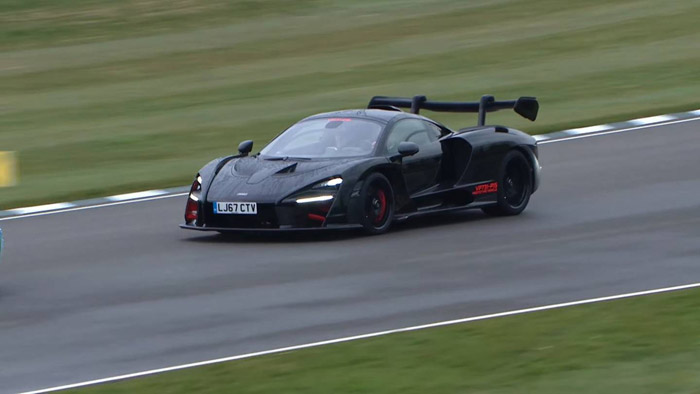 Goodwood’s official Youtube channel captured the Senna’s appearance on the track as well as the rest of the Goodwood “76MM” festivities, a weekend at the Goodwood Circuit in Sussex, England, devoted to racing some of the rarest and most expensive cars out there.

Since the Member’s Meeting is mostly filled with vintage race cars, the Senna was the youngest one at the track, making its debut flanked by McLaren’s entire production car lineup. Every McLaren series was well represented in the supercar parade, from the 570 group in McLaren’s entry-level Sports Series range to Senna’s sister the Ultimate Series hypercar, the P1.

We’re hoping the Senna will put its new aerodynamics where its mouth is soon and start setting some serious lap records. It’s the perfect track monster to take on the new Mercedes-AMG Project ONE, which Autocar reports is gearing up to smash the production car lap record at the Nurburgring later this year.