On 5th October 2014 at Japanese Grand Prix, F1 driver Jules Bianchi suffered serious injury in a crash. After nine months of unconsciousness he passed away on 18th  July 2015. He was the first F1 driver to die from injuries sustained during a race since Brazilian world champion Ayrton Senna, who was killed at the San Marino Grand Prix in 1994.This page is dedicated to a gentleman and a driver who will never be forgotten. 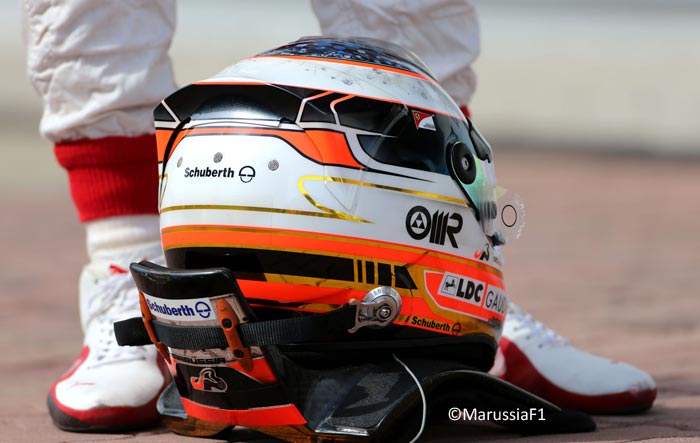 The FIA has announced that it will retire car number 17 from Formula 1 in honour of Jules Bianchi, who died on 18th July 2015 from the injuries he sustained during an accident at last year’s Japanese Grand Prix. The FIA, which previously paid tribute to a popular and talented driver, has now stated that the car number 17 – chosen by Bianchi when the regulation was introduced – can no longer be used in Formula 1.

Jules Bianchi was born into a motor-racing family in Nice in August 1989 and began karting at a young age. Success followed over the years and he moved into single-seaters in 2007. He soon progressed up a level into Formula 3 and having finished third in the 2008 F3 Euroseries, alongside victory in the prestigious F3 Masters race, he romped to the title in 2009 with nine wins from 20 races.Bianchi’s performances, allied to his connection with Nicolas Todt, brought him to the attention of Ferrari and he was signed up as the first member of its Driver Academy.

Bianchi first tested for Ferrari at the end of 2009 and more outings with the Scuderia followed across the coming years, alongside GP2 campaigns with ART Grand Prix.His GP2 years were not without strife as he drew criticism for some incidents, but he finished third in the category in both 2010 and 2011, claiming his first win at Silverstone.

In 2012 he dovetailed Force India practice outings with a season in Formula Renault 3.5, finishing as runner-up to Robin Frijns.Ahead of the 2013 campaign he was pitched against Adrian Sutil for the second Force India seat and ultimately the German was given the drive based on his experience, with Bianchi still deemed a little rough around the edges.However, a space opened up at Marussia following sponsorship issues for Luiz Razia and Bianchi was duly on the grid in Australia, mere weeks after joining the team.

Racing for a team such as Marussia enabled Bianchi to hone his craft away from the spotlight and in such an environment he thrived.Despite a comparative lack of time in the car, Bianchi immediately impressed with his pace and maturity, securing the 13th place finish in Malaysia which netted Marussia 10th in the championship.Bianchi was retained in 2014 and improved on his strong qualifying and race performances, dragging the Marussia far higher than it deserved as he exploited his natural talent.

Bianchi’s shining moment came around the streets of Monaco, designated his home race, during last year’s event.Bianchi was impressive all weekend, catching the eye in free practice sessions, though gearbox problems meant he started from the back row of the grid, while a five second time penalty followed after he lined-up incorrectly. However, the steely determination was in evidence in the race as, via a forceful move on Kamui Kobayashi, he delivered Marussia’s first points with ninth place. Ultimately, it was two points which left Marussia ninth in the Constructors’ championship, providing the squad with the financial injection which secured its future ahead of the 2015 season.

Bianchi’s Monaco drive was the headline performance, but there were several other showings which stole the attention, such as when he qualified in 12th position for the British Grand Prix.Bianchi remained a part of Ferrari’s Driver Academy throughout his Formula 1 career and tested for the squad last summer, as speculation mounted that he was the Scuderia’s future champion, though he was always respectful, playing down such suggestions and focusing on his role with Marussia. Bianchi was set for a Sauber seat for 2015, ahead of a future Ferrari drive, but his untimely accident cut short his budding career and left him with devastating injuries, from which he would never recover.

Out of the car, the softly-spoken Bianchi was a well-liked figure in the paddock, with an infectious personality and rare humility which belied his speed in the cockpit. His gentlemanly approach allied to his undoubted talent means this tragedy has hit the motorsport community hard. He was one of the good guys.