Two-time Formula 1 World Champion Emerson Fittipaldi has revealed that Ayrton Senna was set to race at the 77th running of the Indianapolis 500 in 1993.

The Brazilian spoke of his close relationship with Senna in the ‘Beyond the Grid’ F1 podcast with Tom Clarkson where he was open about the details which led him to lure his compatriot to the American single-seater series.

Senna was out of contract at the end of 1992 F1 season and was weighing up his options. Fittipaldi revealed that he tempted Senna into the famed test in his own Penske car in Phoenix in December of that year over dinner. 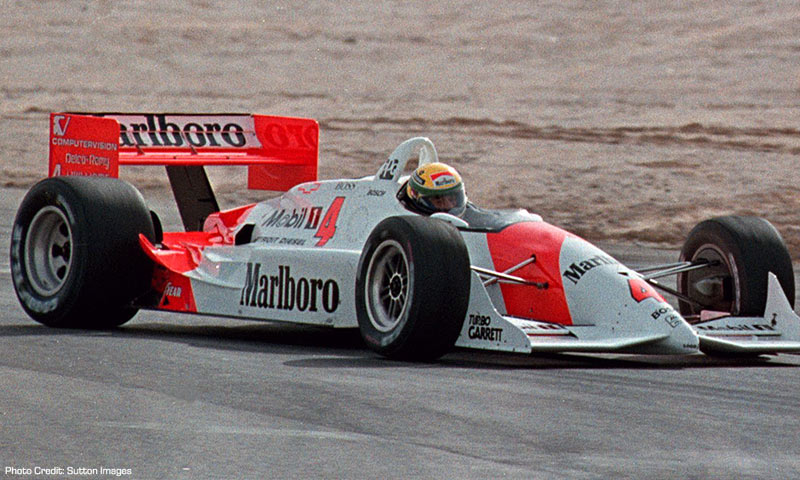 “There is a little story because I told Ayrton you have to try my car, you have to race Indianapolis next year,” said Fittipaldi.

“Because Nigel was looking to go to Indianapolis, I said ‘Can you imagine they start the Indy 500 with Nigel Mansell and Ayrton Senna?’, I mean it would be incredible and then Ayrton said ‘Okay, I accept the test!’

“Then I called Roger [Penske] and said ‘Ayrton accepted the test, can you invite him and you arrange the test?’ He replied: ‘Sure, on the road circuit but not the oval because he could have a crash’.

“I was testing for three days on the road circuit at Phoenix and then on the oval. Actually, it was a very small road circuit, very short, dirty, a lot of dust, not many people used it.

“I stayed the whole week with Ayrton and it was a fantastic experience, I was a very good friend of Ayrton’s since he started racing cars.”

When Clarkson asked if Senna was quick in the test, Fittipaldi replied: “Very quick, very quick and he loved the car, he was very positive about the impression of the car.

“There was a different image of IndyCars from people in Formula 1 and when he drove the car he said ‘Emerson, this car is great to drive, I love it.’  And he was considering to go to Indianapolis and then we stayed the three days of testing in the hotel together there.

Clarkson also brought up the topic of whether if Senna was genuinely serious about the Indianapolis attempt, or whether it was to wind up then McLaren team principal Ron Dennis to get on a deal for the 1993 season.

The 71-year old even spoke of how famed IndyCar team boss Roger Penske was prepared to go as far as building a third car for the event specifically for Senna.

“He wanted to drive Indianapolis because he knew my story. Every time I won Indianapolis he came,” added Fittipaldi

“Roger was ready to build a third car for him, Roger said ‘I would build a car for Ayrton, it would be fantastic to have Ayrton in the team.’ I knew he was going to be fast.”