Certain years in the history of motor racing are overshadowed by a single terrible weekend. 1955 is forever remembered for the Le Mans tragedy and 1968 for the passing of Jim Clark (and others). The death of Ayrton Senna at Imola on 1 May 1994 seemed inconceivable, and coming just 24 hours after rookie Roland Ratzenberger had died in practice, it shook the sport to its core. 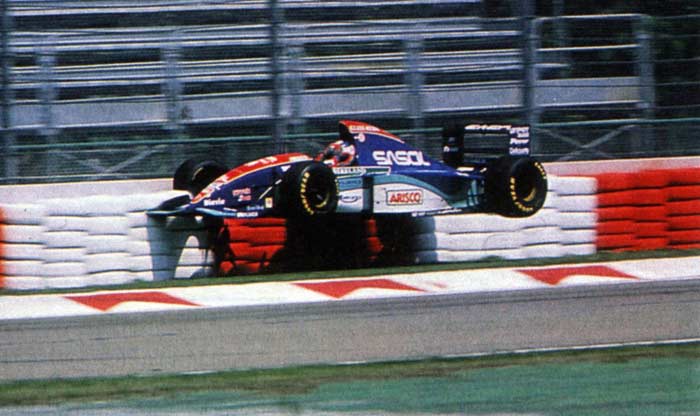 Seemingly indestructible and arguably the most talented driver of all time, the Brazilian was killed at Imola’s dauntingly fast Tamburello corner while leading the San Marino Grand Prix. His death robbed Formula 1 of its greatest star, just as Michael Schumacher’s challenge had started to gather momentum. These tragedies were compounded by a series of other accidents in which drivers were injured: Karl Wendlinger, Pedro Lamy, Jean Alesi, JJ Lehto and Andrea Montermini were all sidelined in one of the sport’s blackest summers.

Widely acknowledged as the fastest driver of his generation, Senna was driving a Williams-Renault, then the best car in F1. A fourth world title seemed all but assured. His death refocused attention on the dangers of the sport: circuits were changed and controversial new safety measures (including revised wings, airboxes and a 10cm wooden step on the underside of the cars) were gradually introduced to reduce speeds.

In 1968, Graham Hill had lifted the spirits of Lotus after Clark’s death and now it fell to his son to lead the Williams team. Damon Hill was 37 points behind a dominant Michael Schumacher by the British GP in July, but that race proved the turning point. Hill won his home race (a feat never achieved by his father) and Schumacher was excluded from the results and banned for two further races for ignoring a black flag issued after he overtook Hill on the parade lap. Worse things were still to come for Benetton. The second car of newcomer Jos Verstappen was temporarily engulfed in a frightening fireball during a German GP fuel stop and Schumacher was disqualified in Belgium for an infringement of the new stepped flat-bottom rules.

Hill had won both races from which Schumacher had been banned, and a dramatic victory in Japan closed his deficit to a single point before the final race in Australia. The championship would be decided in suitably controversial circumstances: while fighting for the lead in Adelaide, Schumacher and Hill collided. With both drivers out of the race, Michael Schumacher became Germany’s first World Champion although many questioned his tactics that day.

In the wake of Senna’s death, Williams elevated their test driver David Coulthard to the race team. His performance improved as the season progressed, but a returning Nigel Mansell replaced him for the French GP and in the final three races. The former World Champion qualified on pole position in Australia and inherited victory when Hill and Schumacher crashed.

Gerhard Berger scored Ferrari’s first victory since 1990 at Hockenheim, a race in which opening-lap accidents forced ten cars to retire. Team-mate Jean Alesi had a frustrating season and was often outpaced by Berger. The Frenchman qualified on pole at Monza only for gearbox problems to rob him of a first victory.

McLaren used Peugeot engines in 1994 but they lacked power and proved unreliable. Despite this, Mika Hakkinen finished on the podium six times to clinch fourth in the World Championship. Jordan continued its progress in Formula 1, and 22-year-old Rubens Barrichello benefited from changeable weather conditions in Belgium to become the youngest driver so far to qualify on pole position.

Refuelling stops were reintroduced after a 10-year ban, placing greater emphasis on race strategy and less on overtaking skills.