Gala Performance is delighted to announce that, as well as trading in the KartBoot at the 2016 KartMania event on 26th and 27th November at the Silverstone Wing venue, we will also be exhibiting Ayrton Senna’s 1981 DAP Kart on the Sunday session.

Widely understood to be his last competitive kart, Senna drove this particular DAP in his final outing in a kart race, finishing fourth in the 1981 World Championships staged in Parma, Italy. The kart was new for this event and prepared to the Brazilian legend’s personal preferences. Senna was already racing in single-seaters in 1981, contesting the British Formula Ford 1600 Championship but made a final return to karting in an attempt to win a title that had always eluded him. 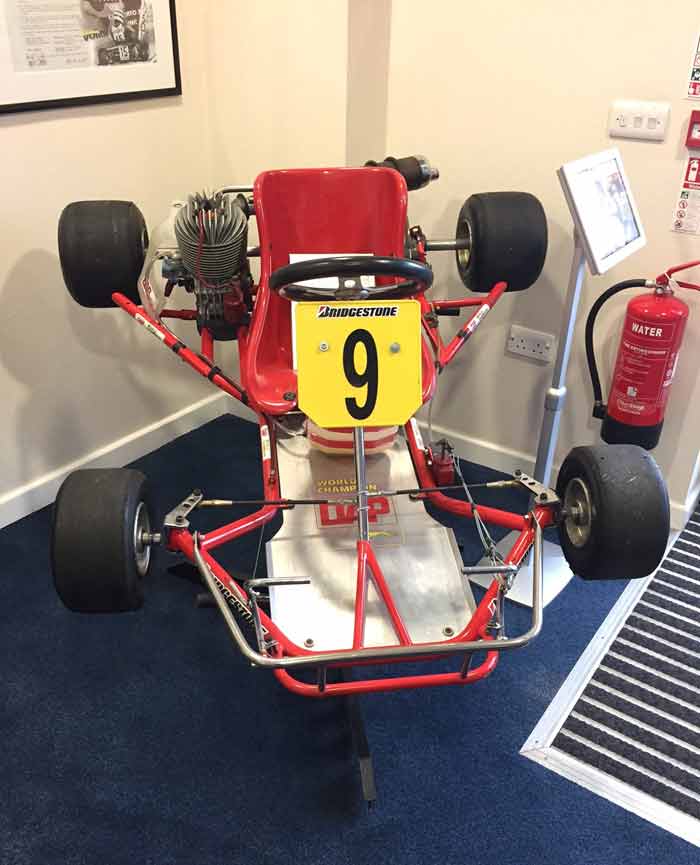 It was purchased at auction and fully restored by United Autosports’ owner, Zak Brown in 2015, and has been displayed in the reception of the team’s Leeds workshop since. After a successful sponsorship of United Autosports’ European Le Mans Series LMP3 2016 championship winning season, Gala Performance have been given exclusive access to the kart for the KartMania event, and will be displaying it on Sunday, to be enjoyed by the karting community.

Those in attendance will have an opportunity to have their photographs taken alongside this fantastic piece of karting legend, piloted by arguably the greatest racing driver in history.