Exactly 23 years ago, Ayrton Senna signed a historic partnership with Audi, the German automaker. Initially, the three-time champion and his company “Senna Import” had the goal of marketing 100 cars per month in Brazil to accelerate the growth of the brand, which would enter the country with the help of the Ayrton Senna. 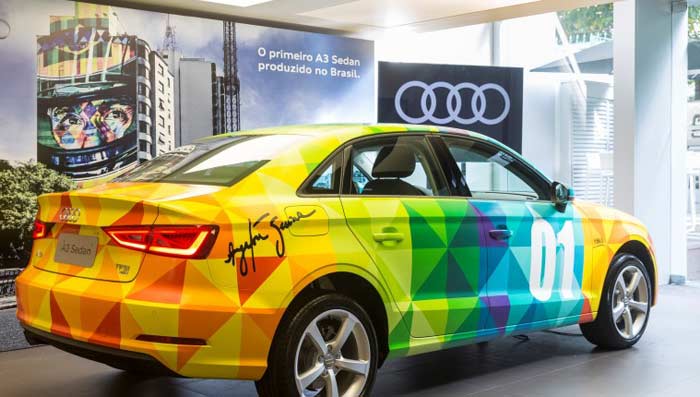 “Audi cars have always appealed to me for their sleek design and sportiness. With high quality finish and state-of-the-art technology, these German cars have everything to please the Brazilian consumer who knows little about the brand’s potential, “said Ayrton, before his trip to Germany in November 1993.

Also in the partnership was Leonardo Senna, Ayrton’s brother, and one of the importer’s partners at the time. “We intend to introduce the brand in the country at very competitive prices,” said Leonardo, before signing the contract.

The partnership lasted for many years and Audi became one of the leading automotive brands in Brazil. Even after the contract was closed in 2005, the Ayrton Senna Institute and Audi have always maintained a good relationship and have taken various actions to promote the organization and the brand.

In late 2015, in the week of the Formula 1 Brazilian Grand Prix, Audi launched the first A3 Sedan produced in Brazil and it was painted by the artist Eduardo Kobra in a tribute to Ayrton Senna. The car has the signature of the three-times spelled out and is exhibited at the Motor Show 2016, which takes place in Sao Paulo until next Sunday (20th)