The 69-year-old will be told by fellow shareholders on Tuesday that he must give up his position as chairman and chief executive of the McLaren Group. He does not want to step down and failed in a High Court bid last week to prevent McLaren putting him on ‘gardening leave’ – but is likely to be left with no choice. The exact nature of his departure is to be decided in talks with shareholders. 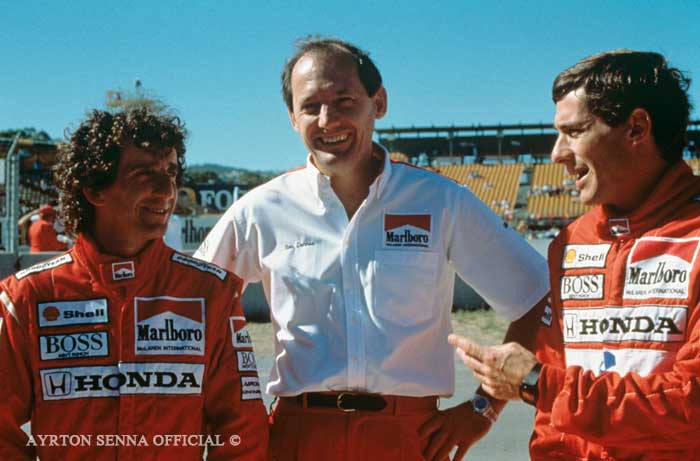 Dennis owns 25% of McLaren Group. Bahrain’s Mumtalakat investment fund owns 50% and the remaining 25% is held by Dennis’s long-time business partner Mansour Ojjeh, a Saudi-born Frenchman. Dennis and Ojjeh fell out some years ago and the 64-year-old has sided with the Bahrainis in trying to remove his former friend. It is felt that Dennis’ autocratic style is ill-fitted to growing McLaren in the future.

Dennis’ departure would be a seismic move in the context of modern F1, in which he has been a central figure since 1981. Dennis joined McLaren in 1980 and took full control in 1981, after which he led the team to several periods of domination and turned it into the most successful outfit in history after Ferrari. Under Dennis’ leadership, McLaren won 10 drivers’ titles with Niki Lauda, Alain Prost, Ayrton Senna, Mika Hakkinen and Lewis Hamilton and seven constructors’ championships.

However, the team has slipped from the front in recent years and the decision to join forces with engine partner Honda led in 2015 to the worst season in their history. Honda entered F1 when it was not ready, a decision at least partly down to McLaren, whose engine partnership with Mercedes was ending in 2014 and who pushed for the Honda deal to start as soon as possible. Dennis has also failed to secure a new title sponsor to replace mobile phone giant Vodafone, which left at the end of 2013.

Other lost sponsors have been replaced by similar deals but, notwithstanding Honda’s significant financial contribution over and above the provision of free power units, the absence of a title sponsor for the past three years has cast doubt in Dennis’s fellow shareholders’ minds on his ability to procure major sponsorship contracts in the digital age.

American Zak Brown, a leading commercial figure in F1, remains the most likely candidate to replace him. The 44-year-old’s links with McLaren were revealed by BBC Sport last monthand he has moved closer to accepting a leadership position at McLaren since then. However, Brown has also been linked with a role with new F1 owners Liberty Media, heading up their commercial operation once they complete their takeover of the F1 Group next year.

Sources close to Brown say he is more likely at this stage to accept the McLaren offer but has not made a final decision. Dennis’ departure would also raise questions about the future of McLaren Racing chief executive officer Jost Capito. The German, the former boss of Volkswagen Motorsport, was appointed in January but only started work in September. He is strongly linked to Dennis, raising questions about his position once Dennis leaves the company.

Dennis’ involvement in Formula 1 began as an 18-year-old mechanic for the Cooper Formula 1 team, before moving to Brabham two years later in 1968. After a spell working in Formula 2 and 3, where he formed company Project Four, Dennis returned to Formula 1 and began his involvement with McLaren in September 1980. In 1981 McLaren became McLaren International in what Dennis called “a reverse takeover” and 18 months later the then 32-year-old gained a controlling interest in the company.

Ojjeh joined Dennis as a McLaren shareholder in 1984 and has been his business partner ever since. Of McLaren’s 20 World Championships, 17 have come during Dennis’ time, along with 158 of the team’s 182 grand prix wins. McLaren had not won a grand prix since James Hunt in 1977 and a constructors’ championship since 1974 before Dennis’ arrival – but in 1982 and 1983 drivers Niki Lauda and John Watson began enjoying race victories again.

In 1984, they took both the drivers’ and constructors’ titles – winning 12 of the season’s 16 races as Lauda edged team-mate Alain Prost to the individual title. Dennis oversaw the team retain both titles the following year. McLaren’s dominance resumed in 1988 when they claimed both titles as Prost and Ayrton Senna won 15 of 16 races between them, despite a public feud between the pair.

That was the first of four successive years winning both championships, though McLaren would have to wait another seven years to follow that success when they took both the drivers’ and the constructors’ titles with Mika Hakkinen the main driver in 1998. Hakkinen would retain his title in 1999, but Ferrari had emerged as the sport’s most dominant team.

McLaren would not celebrate another World Championship until 2008, a season after they were stripped of their constructors’ points and fined £49.2m for using information leaked from title rivals Ferrari. Briton Lewis Hamilton was the man to provide McLaren with that last title eight years ago, having signed for the team’s Young Driver Support Programme as a teenager. Hamilton would remain at McLaren until 2012, racing alongside compatriot Jenson Button, but despite a handful of victories Dennis and the team have been unable to add to their World Championships.