When McLaren unveiled its new hypercar, a successor to the brand’s P1, it came with a striking and iconic name – Senna. McLaren named it after Ayrton Senna, the famous Formula One driver who died tragically during a race in 1994. While Senna didn’t spend his entire racing career at McLaren, he was there from 1988 through 1993. During that time, Senna won three Formula One world championships for the company. The decision to put his name on the brand’s top-tier performance car wasn’t made lightly. 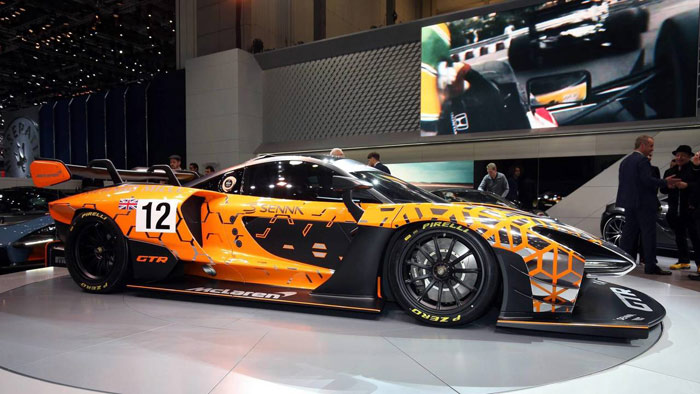 “His values, and his drive and determination, and his quest for excellence influenced not only his life, but the way we do cars in McLaren,” Dan Parry-Williams, McLaren’s engineering design director said.

“Ayrton stood for that kind of obsessions with detail, that desire to go fast,” said Marcus Waite, chief engineer.

“His focus, his unwavering determination to go beyond the limit that in itself then becomes an inspiration,” added Richard Farquhar, powertrain and vehicle engineering director. “He was utterly focused to be the best he could be to achieve the highest levels in his sport.”

It’s a beautiful video as the engineers and designers talk about Senna and how virtal he was to not only the naming, but also his legacy and determination to be the best.

Everything about the McLaren Senna screams of perfection. The car, unveiled earlier this year, has a wild design that’s not supposed to be the most attractive car in the paddock. The Senna’s design is styled with the purpose of being the fastest, most agile car on the track. The biturbocharged 4.0-liter V8 produces 789 horsepower and 590 pound-feet of torque. Downforce, thanks to all the wild wings and flaps is an astonishing 1,765 pounds. T

Will the Senna remain McLaren’s top-tier performance car? Will the automaker transfer the name to its next iteration? Who knows? But right now, this is as perfect as McLaren can make a hypercar, and the Senna name is more than appropriate.