On the 1st of May, the Ayrton Senna Square in Brazil will be inaugurated by the São Paulo City Hall in one of the most noble areas of the city, in the neighborhood of Paraíso, next to the Ibirapuera Park in São Paulo. The ceremony will begin at 11am in the presence of authorities, fans and the president of the Institute, Viviane Senna. 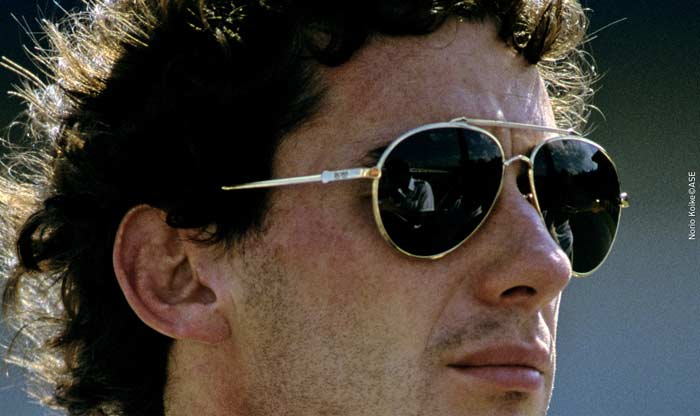 Another attraction will be the wagon “Ayrton Senna Concept Box”, with the exhibition of original items of the three times champion and the sale of official products of the pilot. Developed by Truckvan, a company that specializes in wheeled solutions and a partner in the project, the Ayrton Senna wagon will be located at the Modeloódromo Sports and Leisure Center, located at Rua Curitiba, 290 – the same place to access the new Ayrton Senna Square in Brazil.

For fans who can not attend the ceremony on May 1st, the “Ayrton Senna Concept Box” wagon will also be open to the public between May 2 and May 21 at Shopping Eldorado (Av. Rebouças, 3970 – Pinheiros), In the West Zone of the city of São Paulo. Then, it goes to Esporte Clube Pinheiros, also in São Paulo, where the members can see the items between the 22nd and 31st.

In other regions of Brazil, also are scheduled honors: Minas Gerais continues with the exhibition “Senna in the Head and in the Heart”, with helmets customized by great personalities and also with original Senna items. The show runs until May 20 at the Usiminas Cultural Center in Ipatinga (MG). In Rio Grande do Sul, the homage will be in Stock Car, with riders and teams reminding the three-time world champion in the third stage of the championship, which will be held on May 21 in Santa Cruz do Sul (RS).

Outside, two major attractions are already programmed into two motoring temples: Monaco and Indianapolis. In the United States, current English F3 champion youngster Matheus Leist will pay homage to his idol in his car on his debut on the traditional world motorsport circuit in the preliminary of the traditional Indy 500.

On the streets of Monte Carlo, the celebrations will be intense: this year marks the 30th anniversary of Senna’s first victory in the Principality, opening the record sequence of six victories that made him the Brazilian known as the “King of Monaco.”

In the week of the GP, a new collection of clothes will be launched at the Ayrton Senna Shop. A pilot statue and a custom-built room will be inaugurated at the traditional Fairmont hotel, named after the most famous curve of the route, as well as other attractions around the city.

Full coverage of these events will be on Senna TV, the official SENNA channel on YouTube – which completes one year this May with a program of unpublished videos and unmissable stories for the Senna’s fans.