His long-running rivalry with former teammate Nico Rosberg was subject to sustained media coverage, with the British driver’s attitude frequently coming under fire. Ultimately, Hamilton emerged worse off from the feud as the German claimed the 2016 F1 Championship in the last race of the season.

Given the choice of any Formula One driver as a team-mate, Lewis Hamilton says he would choose Ayrton Senna – but he isn’t sure whether they would get on. Hamilton is a huge fan of the triple World Champion and last season won his first Brazilian Grand Prix wearing a Senna-inspired helmet. 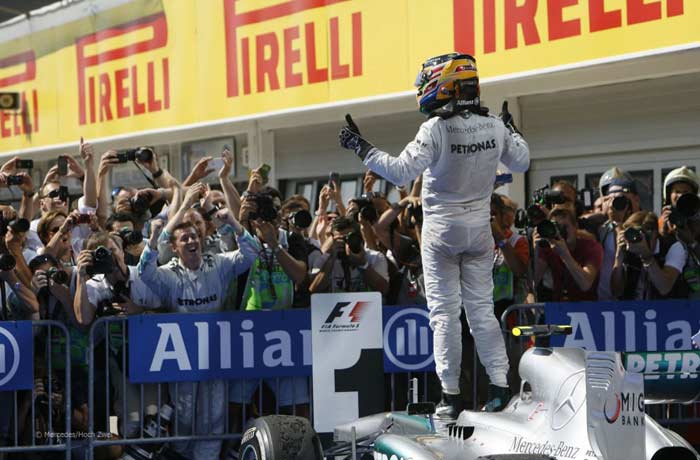 But while the Mercedes driver has in the past referred to Senna as his ‘hero’, he concedes that they may have clashed in the garage as team-mates. Asked by the official F1 website to name the one driver he would want as a team-mate, he replied: “I would go for Ayrton Senna.

“We maybe wouldn’t get on (laughs)

“I usually don’t get on with team-mates – but I would choose Ayrton because he was the best.”

On other F1 related questions, the one corner Hamilton would chose to drive is Caracciola, a sharply banked corner at the Nurburgring that has a blind entrance. He explained: “I choose the (Nurburgring) Nordschleife’s first banked corner. You get super dizzy on that one. I think it is called Caracciola.”