Gerhard Berger and Ayrton Senna dominated the session, run on a track that was dry but had been washed clean by overnight rain. The weather forecast was bad for the race, but as it turned out the gods were kind and the Mexican GP went ahead in pleasantly cool conditions. 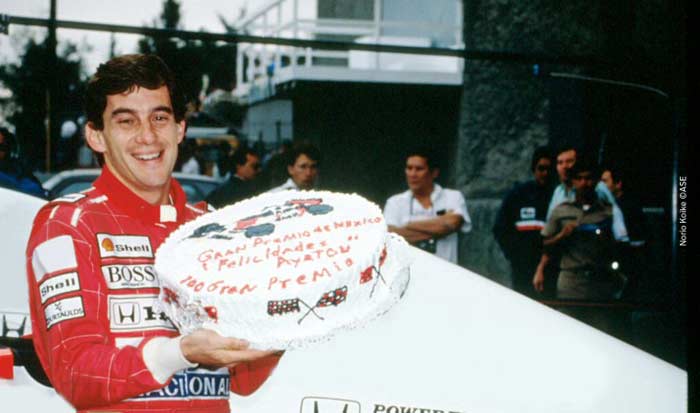 In the McLaren camp Ron Dennis and co opted to pressure Senna’s tyres a little less than Berger’s, a ploy which was to have a crucial effect on the possible outcome.

Up until the 45 lap mark, Senna’s lead looked unassailable, nine points in the bag. The problems he’d had balancing the car in qualifying looked a long, long way away. But then Mansell and Prost began to make some serious progress.

Was Ayrton in trouble? Gradually that thought gained substance, by lap 48 the gap between the McLaren and the lead Ferrari was 12.2 seconds. Ayrton had stabilised it a lap later, but it went down to 11.4s before it opened another second on lap 51 as Mansell encountered Grouillard in the esses. Within two laps, however, it was down to 9.5s. This wasn’t defensive driving. Ayrton definitely had a problem.

“I could feel the car getting unstable and I guessed it was a tyre problem. “I called the pits but they didn’t hear me first time; I called again and was advised to stay out.”

For the first 60 laps it looked as though Ayrton Senna had things dans le valise, but a slow puncture finally took its toll as he was trying to nurse his MP4/5B home for third place.