Ayrton had travelled to Britain in 1981 as a 20-year-old to further his racing career after success in karting in his native Brazil. Like many aspiring drivers before and since, he decided that Formula Ford was the ideal environment in which to learn the art of single-seater racing. 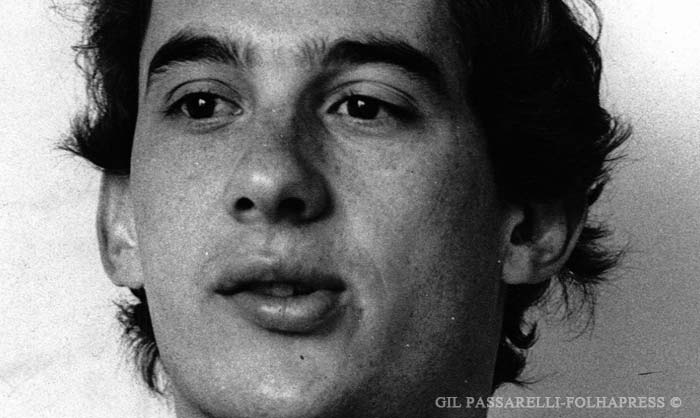 Senna made his debut at the wheel of his works Van Diemen Formula Ford 1600 at Brands Hatch in early March 1981, he impressed with a fifth-place finish. A week later he was at Thruxton, finishing third, and the week after that Senna stood atop the victory podium for the first time after a dominant maiden win at Brands Hatch in streaming wet conditions.

There are a few living links between the early ’80s era of Formula Ford and today’s EcoBoost age, most notably Alan Cornock, who was then running the successful Formula Ford chassis manufacturer Royale and who today represents the dominant Formula Ford supplier Mygale.

Senna was a deadly rival to Royale’s lead driver, Rick Morris, remembers Alan: “Ayrton was driving the works Van Diemen and was very much our number one competition. He was very young when he arrived but even then was totally dedicated to what he did – winning was all that he was interested in.

“I remember we beat him several times with Rick, who was a lot older, and it didn’t go down very well with Ayrton. Rick was an experienced and talented driver but an amateur and a married man, while Ayrton was the young up-and-coming professional, and he didn’t like being beaten by him. He was that type of character.”

“I don’t think anyone at the time ever really thought that Senna would go on to be as remarkable as he was. There were a lot of quick young South Americans coming over at that time and he was certainly one of the best, but I don’t think anyone recognised him at the time as being a future World Champion. As time went on and he moved up to race other things it became more obvious that he was exceptional,” said Cornock.

Following his initial success, Senna returned to Britain in 1982 and stepped up to the Formula Ford 2000 category. Again he won the two most important championships, the Pace British FF2000 and the European FF2000 Championship, and the following season claimed the British Formula 3 title.

Senna’s Formula 1 career began with the Toleman team just three seasons after his Formula Ford debut and he claimed his first Grand Prix victories with Lotus in 1985. The first of his three World Championship titles followed with McLaren in 1988, and he took his final Grand Prix wins in 1993, at the wheel of a Ford-engined McLaren.

Gerard Quinn, Head of Ford Racing in Europe, said: “Senna had this extraordinary ability to squeeze every last drop of performance out of a car. I remember watching him win the 1993 European Grand Prix in torrential rain at Donington Park – he was breathtaking in the McLaren-Ford that day. We at Ford Racing are tremendously proud to have had an association with Senna during his early racing career in Formula Ford.”