Racing in the rain is scary beyond belief. To drivers at the top of motor sport, a wet track has always offered the supreme test. That is why there is a special category of men informally known as “rainmasters” – from Rudolf Caracciola in the 1930s to Michael Schumacher in the 21st century – and why certain epic performances, like those of Stirling Moss at the old Nurburgring in 1961 and Ayrton Senna at Donington Park in 1993, occupy a special place in the history of the sport. 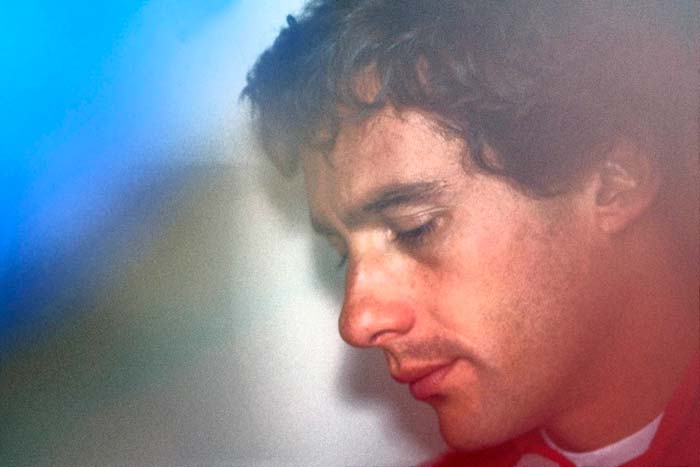 A wet track gives the very best drivers the chance to demonstrate why they are not like the rest of us, a heightened opportunity to use their extraordinary gifts of perception and sensitivity. Sheer courage, too.

Some drivers who may be exceptionally talented in dry conditions – and who cannot be said to lack courage – are simply no good in the wet. Denny Hulme, the world champion of 1967, was one. He hated it. Felipe Massa, who spun his Ferrari five times during the British Grand Prix at a wet Silverstone in 2008, is another, which is why it was no surprise to hear him saying, after race in Japan in 2014, that he had been “screaming” over his radio for the race to be stopped as the rain intensified during the laps before Jules Bianchi slid off the track.

So it was interesting to look back at the beginning of the race, to the point at which the cars had re-emerged from the pits behind the safety car, and remember how eager the drivers were to announce over their radios, ostensibly to their engineers but really for the benefit of the race director, that the conditions were improving enough for them to be let off the leash and allowed to race. Left to themselves, most racing drivers will choose to race, even in the rain.

Still in the early stages of his Formula One career, Bianchi is universally liked in the paddock. But the other drivers knew that his accident could have happened to any of them, and amid the range of dignified responses to the tragedy some of them voiced an understandable concern about the implications of such a seemingly random event.

“You wonder what is the reason for this while your friend is between life and death in Japan,” Jean-Eric Vergne told a Sky Formula One reporter after arriving in Sochi. But in the end the Toro Rosso driver, like his fellows, was in no doubt about what they were there to do.

Previous generations would have been puzzled by the attention devoted to a single life-threatening accident. On a summer Saturday evening in the early stages of the 24 hours of a Le Mans in 1955, 83 spectators lay dead, mown down by Pierre Levegh’s Mercedes opposite the pits, but the bodies were removed and the race carried on to its conclusion the following afternoon. Fifteen more fatalities in the crash that killed Wolfgang von Trips in 1961 did not persuade the Monza authorities to halt their race. The deaths of Luigi Musso, Peter Collins, Chris Bristow, Lorenzo Bandini, Roger Williamson, Tom Pryce and others during grands prix were not considered grounds for showing the red flag.

Almost all accidents contain some element of the freakish, the unknown and unforeseen, and close analysis of their individual features has become the way Formula One improves its safety standards. After Bandini perished in a blazing Ferrari at Monaco in 1967, highly inflammable straw bales were no longer used to reduce the impact of crashes at circuits around the world. Jochen Rindt’s fatal crash at Monza in 1970 meant that no driver would again take to the track with part of his safety harness unbuckled.

Niki Lauda’s near-fatal crash at the Nürburgring in 1976 generated new ideas about circuit safety, and Senna’s death at Imola in 1994 prompted improvements to cockpit surrounds. When a wheel from Jacques Villeneuve’s disintegrating BAR-Honda flew through a gap in the safety netting at Melbourne in 2001, killing a marshal, wheel-retaining cables were strengthened.

If something good comes from Bianchi’s crash, it is likely to be a recognition that allowing tractor vehicles on to the track to remove a crashed car is not a good idea, even when yellow flags are being waved to limit the speed at which other cars are passing the accident location.

Nowadays a driver losing control of his car, if he fails to spin to a safe halt on a run-off area, will normally hit a cushioned barrier or, at worst, another car, which would be a collision between two similar objects, both designed with a concern for minimising physical risk. A tractor, with its high ground clearance and hard edges, is another matter altogether.

At certain places on some circuits, such as Monaco’s Casino Square, industrial cranes are used to lift cars off the track. But, as someone pointed out this week, cranes are more expensive to hire than tractors, and race promoters, paying huge fees to Bernie Ecclestone and deprived of income from sponsorship or broadcasting rights, might be reluctant to make the investment.

Perhaps it is time for Ecclestone’s organisation, which takes so much out of the sport, to assume complete financial and organisational responsibility for all aspects of circuit safety, rather than leaving it to local promoters. Then the Grand Prix Drivers’ Association would know exactly where to take its complaints.

Lewis Hamilton used his BBC Sport column to talked movingly about how, as nine-year-old kart racer, he had seen a rival killed on the track. “A good friend of mine who was a good friend of his stopped racing,” he said, “but that was never something that entered my mind. I remember standing on the bank beside a track with him with our suits on just before a race, all laughing and joking. And the next thing I knew I was at his funeral. It was the first time I had ever been to one.

“Bad things happen to people,” he continued, “but the world keeps going, which is really sad in a way. But it does not make me rethink wanting to be a Formula One driver.”

The decision of the Marussia team not to enter a reserve driver in Bianchi’s car for the Russian Grand Prix represents a proper reaction to such bleak misfortune. But, as Hamilton said, the world keeps going. So, yes, improve the safety as far as possible and reduce the chance of such an accident happening again. But do not remove the risk.