20 Years After His Death

Ayrton Senna set the world’s fastest lap while qualifying for the Japanese Grand Prix in Suzuka in 1989.

Honda’s on board engine telemetry system recorded every aspect of his lap. Using this data, Honda recreated that famous lap with lights, engine sounds and lots more. 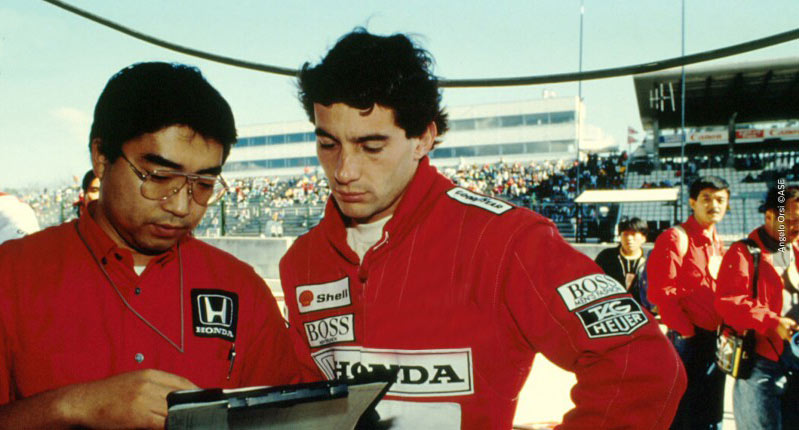 Honda’s Telemetry System is a technology that transmits driving data wirelessly and analyses it on a workstation. Honda introduced this technology to F1 prior to the rest of the world.

With it, many people such as engineers and drivers were able to look at the driving data, brainstorm, and share their ideas to set an even faster record during their next race.

Even Senna himself always stared at the computer screen to check his driving data and see how well he did during that lap as soon as he returned to the pit.