The infamous 1994 San Marino Grand Prix at Imola, Italy, was one of Formula One’s darkest weekends. On Friday, April 29, young Brazilian Rubens Barrichello crashed his Jordan so heavily and comprehensively it was a miracle that he escaped with just a broken nose. 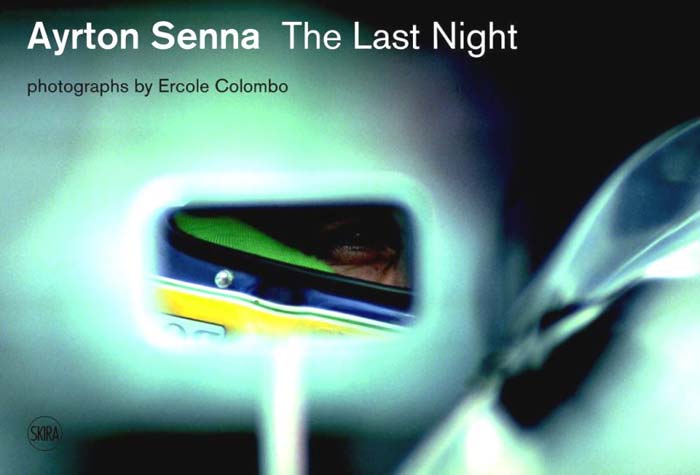 The following day, during qualifying, 31-year-old Austrian driver Roland Ratzenberger was killed after losing control of his Simtek in the fast run up to the Tosa hairpin. Then on Sunday, May 1, the legendary Ayrton Senna died after his Williams flew off the track and hit a concrete wall. Since 1994 many books have been written about that weekend and the iconic Brazillian. The latest is Ayrton Senna, The Last Night, published by Skira.

Light on words, heavy on imagery, the book looks back at the career and private life of the three-times F1 champion in 100 photographs. Photographer Ercole Colombo and writer Giorgio Terruzzi reveal Senna’s genius, beliefs and contradictions via a unique set of pictures. Whether it’s behind-the-scenes shots of Senna with his family, friends and rivals, or stunning images of his brilliance on track, the book is both poignant and a celebration.

Finishing with a series of photographs taken during that fateful weekend at Imola, it’s clear to see that Senna was visibly shaken and had a sense of foreboding about the race itself. There’s an anguished shot of Senna with his close friend and F1 doctor, Professor Sid Watkins, who tried to persuade the icon to quit and go fishing with him. Perhaps the image that best encapsulates the tragedy is one without Senna at all – just a plain shot of the gashed concrete at the Tamburello Curve where his Williams hit at 190mph.