Senna — the second model in McLaren’s top-tier Ultimate Series, reserved for its most potent of cars — is a serious bit of kit. Breadth of ability has sort of been McLaren’s top trump card ever since the MP4-12C, so it sounds strange to hear the company admit that track prowess took precedent from the outset with this car and startlingly few compromises were made for the sake of on-road practicality. We can understand there’s no boot, but we refuse to believe that the designers actually pondered whether to remove the passenger seat — come on, guys. 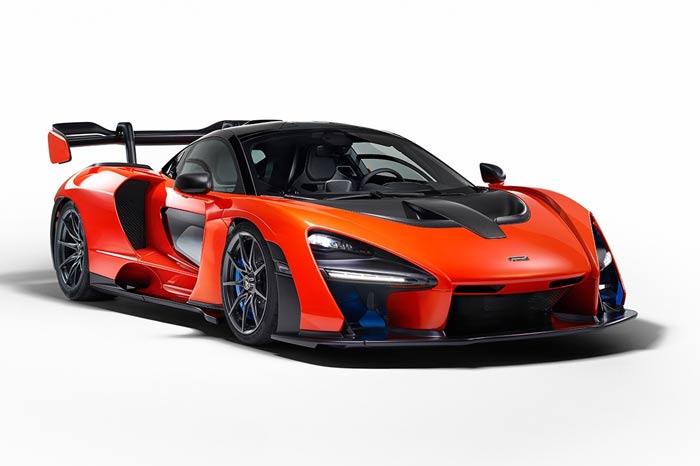 The lightest road-going McLaren since the F1, the Senna tips the scales at just 1,200kg. Combine that figure with a revised version of the twin-turbocharged 4.0-litre V8 that now churns out 800hp, and you’ve got a mighty 668hp-per-tonne power-to-weight ratio. And of course, there’s a host of new technological gizmos designed to shave tenths off your personal best at Spa or the Nürburgring. We can’t say we’re fans of the fussy aerodynamics-led design, especially compared to the sleek and sensual body of the P1, but from head-on, it does look a bit like an F1 GTR, which is awesome. We also love the F1 GTR-inspired split windows, exposed door struts, and bucket seats, even if it looks as though you’ll need a hoist to help you get in and out of the latter. 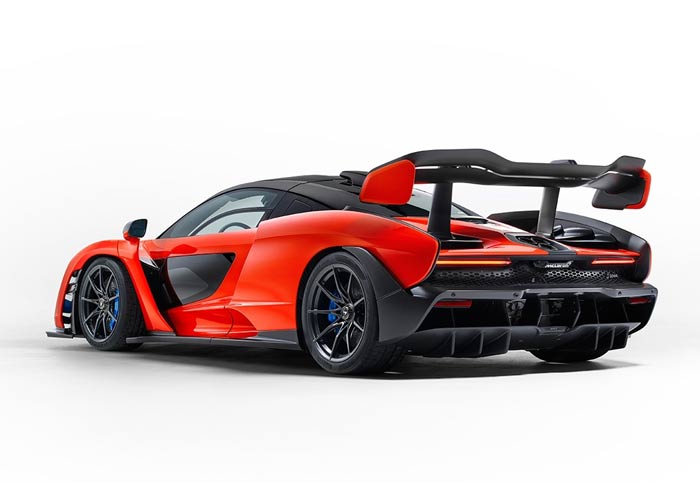 Just 500 will be built, priced at £750,000 each (incl. UK taxes), not that telling you the price matters much — they’ve all been sold already. McLaren asked Classic Driver dealer Max Girardo to auction off the final Senna build slot on Saturday evening at the marque’s annual winter ball. The car achieved a stunning £2m, all of which will go to charity. “There was a great atmosphere in the room,” comments Max, “and the fact the car achieved three times over the list price just goes to show how dedicated people are to the McLaren brand and, contrary to the rather mixed consensus on social media, how much they liked the car. I’m honoured to have been chosen by McLaren and the Ayrton Senna Foundation to be involved in such a special event.”

As impressive as the Senna appears, we’re struggling a bit to see the point. If you really want a zero-compromise track toy, why not buy a 570S GT4 or the forthcoming 720S GT3? It’s not like the much cheaper 720S is going to disappoint if you take it to a track — and you can fit a small elephant in the boot of that car, not just a few crash helmets.