Ayrton Senna, perhaps the greatest Grand Prix driver of all time, died 22 years ago after crashing in the 1994 San Marino Grand Prix. For six of his glorious 10 years in Formula 1, the Brazilian was winning races and championships for the Woking-based McLaren team. 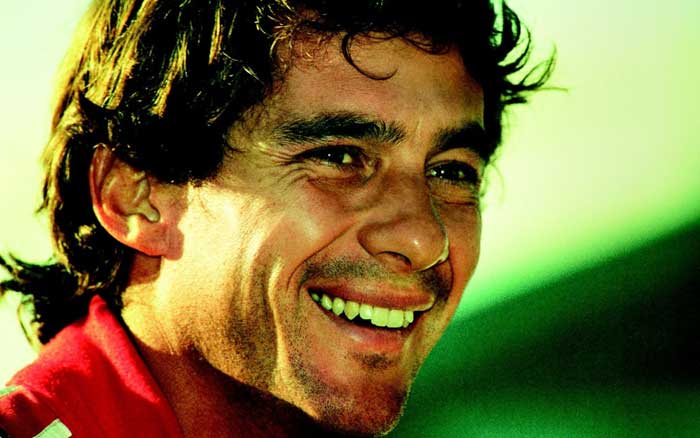 To mark the 20th anniversary (2014) of that dark day in Imola, Get Surrey looks back at Senna’s greatest moments at the wheel of a McLaren between 1988 and 1993. Ron Dennis was the man who signed Ayrton, with the Brazilian taking 35 victories and winning all three of his championships with the team. Paying tribute to his former champion, Dennis said: “I think [he’s considered the greatest ever] because he was so good for the whole time he was on the planet.

“I can see no positives from the fact that he had an accident and lost his life, but it means that you didn’t see his decline. There are lots of drivers that stay in the sport too long and tarnish their greatness.

“I also think he’s remembered because he was just so unbelievably competitive. He was great, but he had good, human values. He had a few lapses in his life, but he was incredibly principled.

“And he was a good human being.”

One of Senna’s best wins was the 1993 European Grand Prix at Donington Park where he went from fifth to first on lap one before winning by a a clear minute. Reflecting on that day, Dennis recalled: “It was the best team-race ever. I remember that race with great fondness – it was phenomenal race, good fun.”

Senna left McLaren at the end of 1993 to join the dominant Williams team for the following year and Dennis added that his star driver could have stayed with his team a little longer.

“I could see Ayrton was wrestling with loyalty – as disastrous as our Peugeot experience was, the moment I told him we had factory engines from Peugeot for 1994, which was after he left, he told me that, if I’d done that deal two months earlier, he would have stayed, because he just could not see a way to win without having a factory engine.”