The relay marathon Ayrton Senna Racing Day will no longer be at the end of week after the Formula 1 Grand Prix of Brazil in 2016. The organizers of the event and the race track administrators Interlagos negotiated the next date for the 13th edition of the event: 4 of September. The Brazilian stage of Formula 1 is scheduled for 13 November. 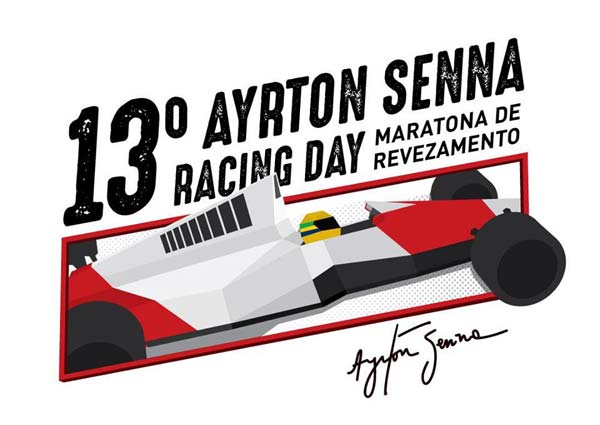 Ayrton Senna Racing Day 2016 pays homage to the 25th anniversary of Senna’s third championship in Formula 1, at which time the pilot defended the red and white colors of the McLaren. “And part of the collected amount is reversed to the Instituto Ayrton Senna, who has worked for over 20 years to improve public education in Brazil and annual benefits 1.8 million students,” says the press.

In the previous edition, the 12th, held in November 2015, there were problems with the kits, and jerseys, both the race and the special for those who have reached the end of the race, were sent by mail to the athletes. The race organization has changed this year and is in charge of Sports Prod.

Each circuit created by the organization will have the length of 5275 meters, and all teams must complete eight laps, totaling 42.2 km. For teams to consider full participation in the competition, will have to necessarily go through the 42.2 km of the event.

Runners take turns between themselves wristband along the route. The athlete who start the run relay with wristband relay and deliver it to the second party in the corresponding trading post. This will be repeated with the other team members.

Ages: young people who complete 16 and 17 in 2016 may cover octets. According to rules of the Brazilian Athletics Confederation, a 15 year old, for example, can not attend the event.

In Formula 1, drivers run 4.309 km in each round at Interlagos. Using cones, the organization of the Marathon Relay Ayrton Senna Racing Day expands every lap to 5.275 km, minimum distance that each must run (if you are in a team of eight people).